How To Pouch A Pooch 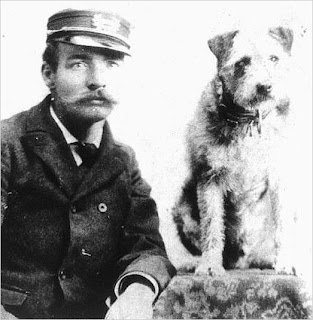 In the late nineteenth century, there was a dog that achieved great fame nationwide for riding the rails on mail trains. Owney was a small terrier mutt that accompanied an Albany postal clerk to work and quickly found his bliss among the canvas mail sacks. So fond was the mutt of reclining on the sacks of mail that he began following them on their trips across the country. At every destination he acquired a new metal tag for his collar, until the postmaster, noting that he could barely lift his head for the weight, designed him a jacket to distribute the tags more evenly. He was greeted with great affection at every town he jingled into. By nineteenth-century standards, he’d gone viral. 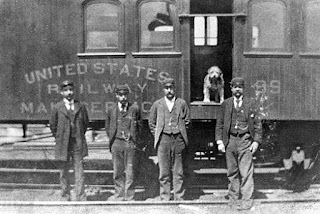 It is not surprising that he found the mail sacks so comfortable. Everyone does. The standard canvas mail sack was designed for maximum durability and squishiness when filled with an optimum number of bundled-up letters–enough to be bunchy, but not turgid. Once filled to this level, the sack is employed in the back of the mail truck where the carrier can use it as a pillow while he sleeps off his morning whiskey. The canvas itself is thin enough to be flexible but thick enough to thwart paper cuts on the tushy. The mail sacks are later distributed to relay boxes all over town, where foot-carriers can rendezvous with them too. The relay boxes are large enough that your smaller carriers can fit entirely inside them, butt to bunion, and smoke cigarettes until the rain stops, which, here, is usually in mid-June. As an added feature, the canvas does not catch fire easily.

Owney looked a lot like our old terrier mutt, Boomer. Small terriers live long enough to become crotchety, and such was also the case with the famous postal dog. By 1897, he was encouraged to retire, and was sent home with the postal clerk, but he wasn’t happy. This is often the case with postal workers, whose usual life trajectory finds them griping their way through their careers till retirement and then discovering that they have developed no interests at all outside of postal work, and within a half year, have signed on as security guards where they get to wear a uniform and make fun of postal employees again, which is what they have trained all their lives to do.

Owney was allowed to go back to the post office, and friendly postal workers snuck him back on the trains. He settled into the nearest bunch of mail sacks with great satisfaction, but during a stop in Toledo, a clerk came up to admire his tags; and, perhaps sensing that the employee was about to saddle him with one more weight, he bit him on the hand. Someone, probably a supervisor, deemed it wise to call in the local constabulary, a representative of which came to the post office, sized up the situation, and shot the tiny dog to death. One doesn’t like to second-guess the motives of our men in blue, but this struck everybody as over the top. 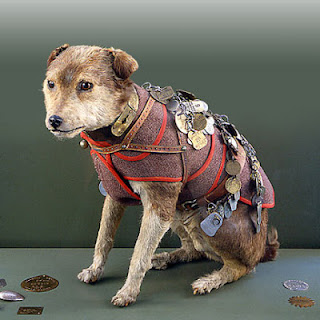 Grieving postal employees refused to bury their dog and instead took up a collection to have him spruced up at the local taxidermist, and that is why today, over a hundred years later, we still have a dead-fur-and-sawdust sculpture of Owney the Postal Dog to admire in the Smithsonian’s Postal Museum. He has weathered the century fairly well, which is amazing in itself. But not as amazing as the fact that someone once managed to hound a crew of postal workers for enough donations to do the deed. Generally speaking, if you’re not running a football pool, it’s a tight-ass bunch.