I Had Nothing To Do With MERS

Childhood diseases are not supposed to be funny, even if they result in explosive diarrhea. So it’s not polite to snort when your neighbor tells you her kid has Hand, Foot, and Mouth disease. Even if she explains that it’s caused by a Coxsackie virus. I managed to contain most of my fluids while remarking that I had never heard of Hand, Foot, and Mouth disease. Sure enough, it’s younger than I am. It was originally described in 1957 in New Zealand, and although there is no good reason for anyone to leave New Zealand, eventually someone did and it got out. 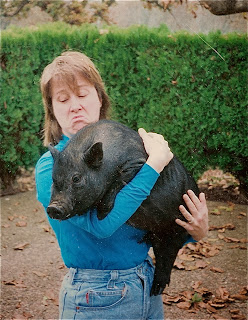 We never really have a virulence shortage. If viruses seem to be flagging, they hold a convention and run a few numbers through a trial population of monkeys, pigs, or chickens. Or possibly kiwis. Hand, Foot, and Mouth disease is so named because it presents with blisters on the hands, feet, mouth, and fanny, and some people still know how to show restraint. The name is, at least, descriptive, which is more than can be said for Fifth disease.

I’d never heard of that one, either, although it’s been around for a while. Fifth disease used to be called “Slapped Cheek” syndrome because it looked as though the child’s face had been slapped. Nowadays it is popularly referred to as “Repeatedly Fell Face First Onto The Coffee Table, Officer” syndrome, or (formally) “Plead The Fifth” disease. Anyway, it’s viral too. Supposedly over half of children have had it by age 19, although, since many of them exhibit no symptoms at all, I suspect the statisticians are just using the disease to make it look like they’ve been busy.

A virus is often defined as a small infectious agent, but that’s like defining cows as standing leather. It may be true, but it’s disrespectful and anthropocentric. A virus is a perfectly interesting little bundle of protein with hopes and dreams of its own. Some people consider them to be less than living things, but for all that they have a lot of zip, even making trips around the world. The thing that lowers the status for viruses in the minds of some is that they do not actually have their own metabolism and require a host cell to get anything done at all. I, too, am small and use a similar life strategy, at least as regards being fed, so I am more sympathetic to their condition. 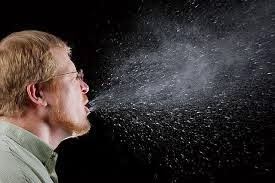 If one were to step back from the human-centered perspective, it could be said that the function of people is to give viruses a moist, warm spot to land. This certainly gives them more credit for their general success, and reflects well on us, too. There are a number of ways viruses transport themselves, many of them involving a spewing aspect. The host’s body reacts to the invasion (or “visit”), spewing happens, and bingo, your virus is a going concern. We are merely their transportation infrastructure. One of the more successful means of transmission is called the “fecal-oral route.”

That sucker really ought to be one-way.