I Hate To Keep Bringing This Shit Up 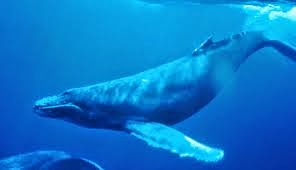 The International Court Of Justice has looked at Japan’s whale harvest and ruled it illegal. Japan had been taking whales for research only, hundreds of them, and studying them hard. With chopsticks. Anyway, they’re done with it now. This is a big victory for Greenpeace, and just goes to show that a few people willing to sacrifice themselves can indeed make a difference; can, in fact, with great effort and courage, and thirty years, cause a great wrong to be righted that should have been righted thirty years earlier. 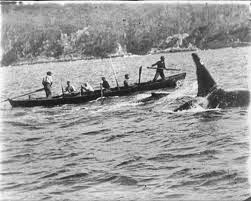 It always seemed like having more whales around was a laudable thing in itself, them being fabulous and all, but as usual, it’s even more complicated than that. And we’re still finding out new stuff. Stuff we might like to take into account before we start messing around. The thing about our species is we like to tinker with things as though we’re polishing the good china with a backhoe. It’s possible we could have kept things in balance by just killing and eating as many whales as we could manage to bag from a canoe using our biceps and a stout spear. But instead we just sort of methodically removed them in huge quantities. Entire species of whales have gone extinct, and almost half have been critically endangered.

But that should be good news for the penguins, who are in trouble now. We’d thought it was because of human-caused climate change and the melting of the sea ice, but also because the mean old whales were eating up all their krill. Never mind that much larger populations of whales had been coexisting with penguins for an awfully long time.

So here’s an oddity. There are a lot of krill in the ocean–they’re herds of miniature lobsters, basically. They’re an essential part of the whole ocean food chain. You know, the food chain that’s in the process of collapsing. And you’d think that if the whale numbers were to pick up, now that Japan isn’t studying them on their plates, they’d hoover up most of the krill, because that’s what they like to eat. But instead, it turns out the krill population tanked when the whales were nearly polished off in the 1960s. Their fortunes wax and wane with the whales’. And nobody knew why, until recently.

Krill need iron to grow and reproduce. But most of the iron is at the bottom of the ocean. And the krill 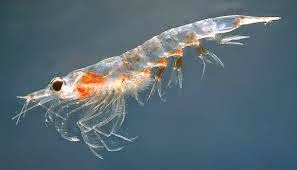 are at the top. There’s no getting the iron to the top unless a whale dives way down and gets it for them, by eating something iron-rich like squid. There’s too much pressure at the bottom of the ocean to allow whales to poop, so they have to hold it until they come up for air, and then they let fly, and do so abundantly. Now there’s a crapload of iron at the surface. And the krill go nuts. It’s krill enough for everybody. Without whale poop, they’re screwed. Everybody’s screwed. So we’re back to just the climate change problem with the penguins.

Here’s another oddity. There used to be plenty of free iron in the ocean. But when the first photosynthetic plants devised themselves, way back when, they pooped out oxygen. The oxygen attached itself to all the iron in the ocean and the resulting rust sank to the bottom until the iron was all used up. Pretty much all the iron we ever mine today comes from that original band of iron oxide on the ocean floor, from that first photosynthesis event. And when the rust settled, the free oxygen had no place to go but the atmosphere. That was called the Great Oxygenation Catastrophe because almost all the nascent life that had burgeoned in the absence of oxygen failed in its presence. It was a major extinction event–wiped out almost everything. That’s what happens when something causes conditions to change drastically.

Here’s another oddity. We’re right in the middle of another major extinction event right now. Damn the luck, huh?

Thanks to Joan Campbell for pointing me in this direction.