I Hear That Train A-Comin’ 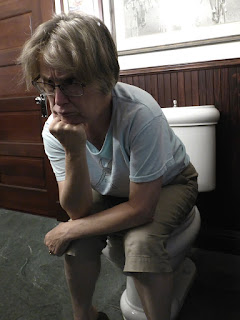 My personal physical plant had been popping along like a Swiss watch for a long time, and then, the other night, just before dawn, I awoke to a Disturbance In The Force. I returned to sleep with the expectation that whatever it was would have resolved by morning. But by the time I got up, nothing had changed. There was still a Disturbance In The Force. In fact, I could pinpoint its location.

A key element was missing from my morning ablutions.

An hour later, even after coffee, it was still missing.

By noon, I wouldn’t have been surprised if a porcupine crawled out of my butt trailing a string of horse chestnuts. Relieved, yes, but not surprised. But it was not to be.

I must pause in this report out of a sense of delicacy. This might surprise you. I am well enough known for my regard for the subject of digestive output that complete strangers have sent me photos and articles about poop. But here’s the thing. I may monitor it, and report on it, and crow about spectacular individual achievements, and Dave and I may maintain a lexicon of descriptors that we use regularly, as it were, but the actual performance of my daily opus is very private. I don’t want you there. I don’t even want Dave there, and fortunately, Dave doesn’t want Dave there either, or he’d totally be there, trying to get a rise out of me. For all my interest and curiosity, my Key Element is deeply personal.

Yes, I am the one waiting you out in the next stall over, hoping you’ll flush so I can blast out a boomer.

And so I return to the matter at hand, bleakly but obliquely. 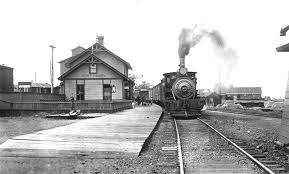 The train arrives at the station every morning, right on time. Everyone is on the platform, cheering and waving handkerchiefs. The engine pulls up with its cars, two, three, occasionally more, all in a measured pace, a triumph of civilization.

Until the day it doesn’t. On the platform, we peer into the distance and check our watches. There is mumbling. The phone in the stationmaster’s office rings once, and the rumors begin. There has been an incident. A derailment possibly; one or more cars are on fire. There’s smoke in the distance. It’s still as death, and getting warmer, with not a breeze to be found. We wait on the platform, trading a word here and there at first, and then trailing off, and one by one we curl up on the benches, silent with dread. 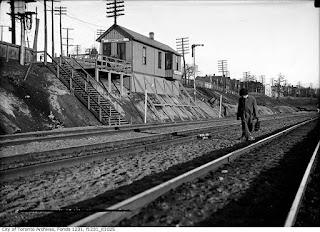 A day passes. Passengers from the tragic event begin to lurch toward us on foot, lugging their sorry suitcases, one by one, or in small groups, damp and dispirited. Then a few more. We begin to sit up on the benches, craning into the distance, scanning for survivors. Another day passes. Reunions occur in spotty bunches on the platform and, relieved, the crowd thins. Is everyone accounted for?

The tracks have been cleared. We who remain put an ear to the empty rails and hear the distant rumble of an approaching train. The wind kicks up. It’s coming at last.

You probably heard all about it. It was all over the papers.