I Vant To Lick Your Stamen 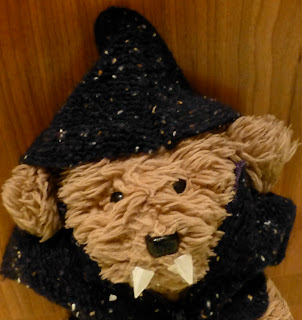 Back in the olden days, people used to up and die of things,
one right after the other, plagues and boils and consumption and what-have-you,
wiping out whole families and numerous community members. The victims were all
connected in some way, people felt certain, and the only plausible explanation
for any of this was, of course, your vampires. Rumors got started. Hysteria
ensued. One poor soul rises from his coffin and starts perforating people to
death, and pretty soon people think they’re everywhere. Many parts of the world
boasted vampires, but there was always a good clot of them in Serbia, and so it
is not a real surprise that we’ve got another one on the loose now in the town
of Zarozje.

Not a new one, but that’s the thing about vampires: they hang
in there. Sava Savanovic in fact had the distinction of being Serbia’s first
vampire back in the 1700s. He was a man of means, the owner of a nice grist mill
on the hill, and in his glory days, he reputedly picked off one citizen after
another who brought their grain up to him for processing. It’s not a bad business
plan if your business isn’t so much milling flour as drinking blood. This is
the first indication we have that the good people of Zarozje might have been a
little on the dull side. Mrdjvk goes up to the mill and comes back dead and
drained, Jckjvckstc pops up to see what’s up, Drgnvlsc goes and gives it a
whirl, no one comes back, and no one stops to consider that maybe whole grains
are better for you after all. Before long a swath of the community has been
disenvoweled, with repercussions to this day.
What sort of society, we moderns wonder, would tolerate the
existence of one prosperous fellow on the hill who fattens himself up by gradually
sucking out the very life-blood of the working people while they’re still alive?
It’s preposterous. It’s what happens when people no longer have a stake in
their own future. Or in something.

At some point a group put it all together and marched up to
the mill with a stake, which as we all know is bad for the heart, and poor Sava
finally met his end, or so they thought. Unfortunately it made him pissy and his
spirit lived on, residents said, in a butterfly. We scoff at these things
today, but we weren’t there. The chrysalis was tremendous.

Humans are always trying to keep people alive, but they
should worry more about keeping them dead. On many occasions someone suspected
of being a vampire has been exhumed for examination and found to be plump and
juicy, and in need of remurdering. This happened as late as 1890 in this
country when a whole clan seemed to be succumbing one by one to tuberculosis.
As the last little boy lay ill and his family grew desperate, his sister was
disinterred, found to be a vampire, and run through with a wooden stake, whereupon
portions of her were blenderized and fed to her brother as a tonic. He turned
the corner almost immediately, although it was the wrong corner. The science
was inexact.

So now, back in Zarozje, land of the malevolent butterfly,
the old grist mill finally fell down this year. And five people subsequently died. Citizens are pretty sure it’s
the vampire again and are taking no chances. Of course, this is the same crew
descended from the original dummies who kept marching up the hill with their bags of grain.
They’re worried about a butterfly and they’ve got garlic stuffed in their pants.
You might not want to take them seriously, but they have a point. Poor old Sava
is now homeless and irritable, sitting at the freeway off-ramp, and if you can
read his sign, you’re standing way too close.
By Murr Brewster|2021-11-09T21:04:24-08:00February 16, 2013|Uncategorized|39 Comments