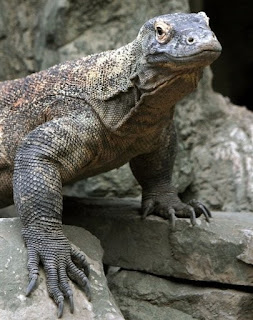 A big thank you to Linder, who alerted me to the terrible news about Daniel Bennett and his missing lizard feces. Mr. Bennett had saved over five years’ worth of the feces of Philippine Butaan lizards and then Leeds university went and lost it. I know just how he feels. I lose shit all the time. Things are constantly going missing. Dave takes a much darker and more accusatory view of this phenomenon than I do; I tend to start sentences with “have you seen the…” while Dave says “what did you do with the…” but neither one of us ever figures out who did the losing, because we never find anything.

Poor Daniel Bennett was nearly through with his doctoral dissertation on the lizard, variously described (in the article) as “shy” and “extinct,” which is just an extreme form of shy. He was studying the shit in lieu of disturbing the actual lizards, theoretical or otherwise, which is delicate of him. This leads me to conclude that he is not only a considerate man but a very serious scientist, probably avant-garde as zoologists go, because what he’s doing is a lot like research into particle physics. Particle physics is the study of things that might not even exist, so if particle physicists are wrong about anything, no one will ever know. That’s part of what gives particle physicists their reputation for smarts. What they like to do is send their particles whizzing through colliders at insane speeds, and sometimes something goes “poink” and that, there, is your–well, no, not your quark per se, but evidence that your quark has been in the area. In other words, the most brilliant scientists in the world spend their time poking through quark shit. It’s a living.

The university was profoundly sorry it had lost Mr. Bennett’s sack of academic material, all seventy-seven pounds of it, but in its defense it noted that the sack was not labeled. It had been there for upwards of five years, and someone finally took the initiative to dispose of it, greatly upsetting Mr. Bennett. It’s sort of like the time I put Dave’s old golf clubs in a yard sale after he hadn’t touched them in ten years and then all of a sudden they turned out to have been the key to happiness. I’m sure if the 77-pound sack had been properly labeled (“shit”), no one would have dreamed of throwing it away.