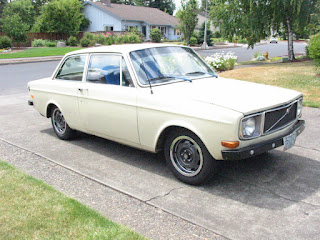 Dad taught me how to drive a stick. Or at least he set out to. I’m not sure the entire learning process was completed on his watch. I got my learner’s permit a few minutes after I became old enough to qualify, and learned to drive on his 1968 Volvo. It was his first automatic car, so all I had to do was locate what I needed on the PRNDL and then try to keep everything between the road stripes. Later he picked up an authentic VW camper with a stick shift and decided I should learn to drive that too. It’s hard to understand why a man would sign up for such a chore, but he believed strongly that people should be taught things. I don’t remember driving it through the city but at some point he headed me to a freeway on-ramp and told me to go go go. 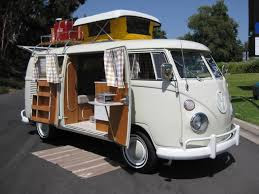 That part was really noisy. There’s nothing natural about using a clutch. There’s a fine ballet involved between the clutch and the gas pedal and you just have to keep whacketing away at it until they agree to a proper pas de deux. There was a tremendous racket as I chugged down the ramp, the sound of years being ground off my father’s life, and finally I staggered into traffic at a lurchy 30mph, lucked into fourth gear as cars careened around me, and everything settled down. I can only imagine that my father thought the freeway was a good place to practice shifting because you only had to do it once. At any rate, this was the new Beltway around Washington, D.C., and I’m not at all sure how many loops I did before Dad came to, but eventually we got back off again. I can’t remember how we got home.
The time it all finally clicked was freshman year in college when I got a ride from a friend and I asked if I could try driving the stick. He said okay. There was no good reason for him to do that except he wanted to get into my pants. That transmission squawked holy hell for a few rocky miles and then I kind of got the hang of it, and we negotiated the rest of the deal later.
All of which comes to mind because I recently read that the clutch is one of the things that is likely to disappear altogether in the not too distant future. You mention manual transmission these days and people think it’s what happens when you sneeze into your hands. And I’ve been surprised to learn that most kids nowadays have no idea how to operate a clutch. They don’t have to know, of course.

Unless they want to borrow our truck. We’re on our second truck now, a ratty 1986 Ford, and it’s popular in our neighborhood because if you want to make a dump run or haul in a couple yards of cow poop you don’t want to mess up your own sweet ride. This still seems spiffy enough to us. Our first truck was a heroic and massively ugly 1969 International Harvester with power nothing. It was hell to steer, and it wasn’t that easy to shift, either. There was nothing tight about the gearshift. You’d start it in second, unless you were trying to pull a house off its foundation, and by the time you were farting around in the massive neutral territory trying to find fourth, there was always a chance you’d find reverse first. So trepidation was a constant companion. This meant you might veer into the oncoming lane a bit while you were shifting, but it wasn’t too dangerous, because anyone seeing this truck headed their way was already as far over as he could get. No one was going to win a jousting match with our Cornbinder. 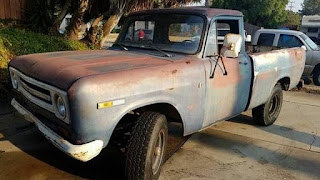 But now I live in a brave new world in which I must beg store clerks to talk slower, and ask mere children how to operate my whizbangs and disentangle my interwebs. I feel like an aged immigrant fresh off the tuna boat, gaping at skyscrapers in dread. So I’m kind of chuffed about the manual transmission thing. Sure, you can borrow my truck to get that sofa you saw on craigslist. You can drive a stick, right?

Oh, watch that fresh young face crumple in embarrassment!
Aww, that’s okay. I’ll drive you. Hop in. And I start ‘er up, and stomp that clutch, and ease ‘er into gear and say Okay, where to, Cupcake?