In Oregon, It’s “Rust To Rust”

Slipped away, left this world, lost her battle, entered eternal rest, died, went home, was called home, went  to be with his Lord, succumbed, passed away.  Those, in no order, are the top ten ways we Americans try to not say “died.” Except for “died.” “Passed away” is the most popular. (“Pissed away” refers to how we spend our lives.) There are regional differences in the words we use. “Died” is popular in North Dakota, for instance, where “bought the farm” isn’t all that metaphorical.

Someone calculated the most characteristic death euphemisms for each state based on obituaries.  Here in Oregon I am led to understand we characteristically use “succumbed.” I always, always read the obituaries (you know, just in case) and can’t remember having seen that word even once. But I like it. “Succumbed” is succinct and apt. If you succumb, you have yielded to an inevitably greater power or force, such as death, which is currently batting a thousand against humanity, all rumors notwithstanding. Relatively few Oregonians are ever called home, or go to be with their Lord. (Oregon ranks first in the nation in churchlessness, beer, and strip joints. I think the strip-joint stat is old news from back before we had internet porn.)

If we get to choose our own verbiage, I’m going with “filled her eternity shorts.” But “succumbed” might be the best way to refer to my friend Ruth, who just did it a few days ago. She was not interested in dying. She was a remarkable woman whose sweet face belied her strong convictions. For instance, she despised the medical establishment, and the pharmaceutical industry never sank a single claw in her. Which is unusual for a woman her age.

Generally speaking when a girl gets to be 102, she’s kind of ready to go. She might not know how to accomplish it, but she’s ready. Not Ruth. She had stacked up a nice neat pile of years and didn’t see any reason they couldn’t keep on coming. Ruth was about as bright as you can be when you’re that old, though we might have lost her two years ago if Trump had been in office. She couldn’t have survived getting a congratulatory 100th-birthday card from him, but she liked the Obama one, and promptly signed up for more birthdays. We were getting the idea she’d keep them coming out of sheer habit, but one morning she just succumbed. Or–even better–conceded. 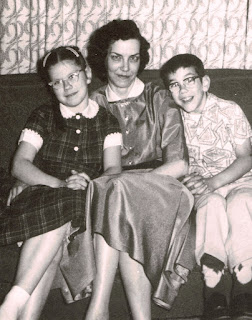 Coincidentally, Dave and I had just taken care of his mom. I found him studying the contents of the dining room hutch, looking for something to evict–he’s a neatnik–when his eyes lit on a garish golden box. The Mommie. Dave’s mom always signed her cards “The Mommie.”

“Let’s stick her in the garden,” Dave said.

Now. He opened the box and retrieved a shockingly large baggie of ashes and bone bits and headed to the back yard. Mom Flambe.

Dave’s mom hasn’t been around since 1989. In her case, we will say she “clocked out.” I don’t know what else you can call it when you find her sitting up in her chair with her coffee cup to one side and the newspaper in her lap and the Cubbies on the TV and otherwise lifeless. Her ashes went to live in Dave’s sister’s closet, where she could visit them when she needed advice, and then two years ago they were “passed on,” as it were, to us. 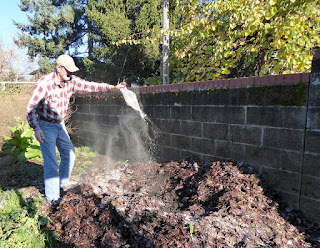 We didn’t want them. This kind of thing is not our thing.

What was supposed to happen was she was supposed to be surreptitiously sprinkled on Wrigley Field, but you really have to work at something like that, and we’re not ambitious. So the garish golden box ended up in our hutch until now, when Dave took it out the back door. 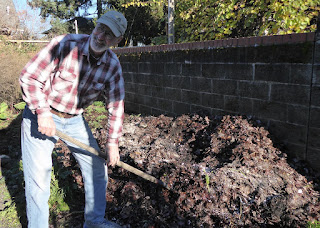 “How about the compost pile?” I contributed. “That way she’ll end up everywhere, if I ever get around to turning it.”

We got our neighbor Anna to put on real shoes and come over to witness, because she’s a caring soul and already knows we’re nuts. I think we laughed a lot but didn’t say anything noteworthy as Dave shook out the baggie over our compost pile and began turning it with the pitchfork we’re saving for the Revolution. We empty the vacuum cleaner bag for the same reason and with as much ceremony.

We loved The Mommie. But she wasn’t in that box.