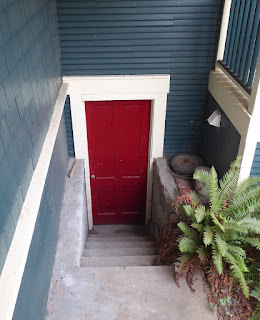 We have flies. Not a ton of them, really, just your standard set, and they’re almost all in the outdoor stairwell going down into the basement. It’s always a bit startling to open the basement door and see all those flies out there. They’re mingling and talking over each other like they’re at a church social. I don’t know why they’ve picked that spot.

Because ever since those awkward early years at this house, we’ve kept the piles of cow poop in the stairwell to a minimum. We’re likewise short on corpses. It is a bit untidy, and that might be attractive to flies, but it’s hard to understand the draw. Being flies, they’re marginally annoying even though they don’t bite or anything. Probably we should install a frog.

I looked up “flies in the stairwell” to see if there was some reason they hung out there. To my chagrin, Google instantly supplied a billion articles about killing the hell out of flies, which was not what I was going for. I’m cool one-on-one with a swatter, but I always assume if you start spraying small beasts with poison, you’ll eventually drop a tiger. Anyway I don’t need to get rid of them. I just want to know what they’re talking about.

My research proved to be a dead end. However, there was a lot of interesting advice about natural fly control, including the old “put some poop somewhere else” gambit. There is a lot of anecdotal evidence that flies like poop, but I already fling the neighbor’s cat’s poop back over the fence, and my stairwell flies are still here. One woman on a forum was eager to underscore the poop-fly connection. “I have a pet rabbit whom’s poop attracts the big fat juicy ones,” she contended, and I’m not surprised. I think it’s in them’s nature. 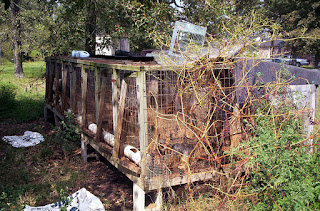 But check this out. Have you heard of this? You put a penny in a plastic bag half filled with water and hang it near the flies, and they’ll go away. People swear by it. I can’t help but wonder if a couple of nickels would work even better.

It’s not foolproof. One woman complained that although she tried the water-bag trick using fifteen pennies, flies were still hanging around her dog kennels. There’s just no explaining something like that, you’d think, but someone did helpfully suggest she’d used too many pennies. 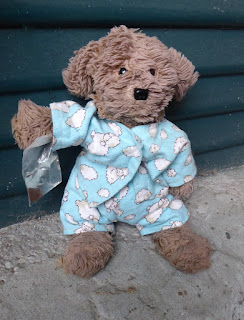 Snopes.com is ambivalent about the efficacy of water bags. They wouldn’t say one way or another, although they took a skeptical tone. It’s relatively easy to construct an experiment with proper controls and an array of bags and pennies, and you can accurately measure fly concentration by tallying up the poop spots they leave behind, if that’s the way you like to spend your time. The mechanism is thought to have something to do with the refraction of sunlight in the water bag amplified by the shininess of the pennies. The flies’ compound eyes are completely taken unawares by it and they have to move away to unfrazzle themselves.

Could be so. I’m tempted to try it out, except for two things. My basement stairwell is a perfectly fine place to store flies, and I can think of worse places. Also, there is no direct sunlight in the stairwell. That’s right: I am infested with flies where the sun don’t shine.