It’s How We Roll 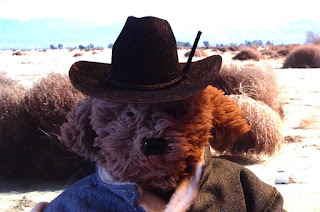 If you have to get into a mishap with your automobile on New Year’s Eve, I can think of no more adorable way to do it than to get buried in tumbleweeds. It’s like facing off against a marshmallow cannon. If you’re sitting in your car under thirty feet of tumbleweeds, thoughts and prayers are, for once, an appropriate response. As long as no one chucks out a cigarette butt.

This is what happened to five cars and a semi-truck in Washington. I guess it was something. First you’re driving along, then you notice some tumbleweeds rolling across the road, and some more, and at some point you have to slow to a stop, and then there you are under a couple stories of tumbleweeds. You could drive through them but you can’t see. You have to call the authorities on your cell phone, and listen to them snorting and hooting at you over at 9-1-1 before they send out the snowplow.

Tumbleweeds have iconic status in the West, and they should, but not necessarily in the way most people think. Here on the range I belong, drifting along with the tumbling tumbleweeds, the man sings; the lonely dead shrubs bouncing along the prairie say Western Expansion as well as anything else. We relate to them. The world is wide, the sky’s the limit, we go where the wind takes us, because we are free. 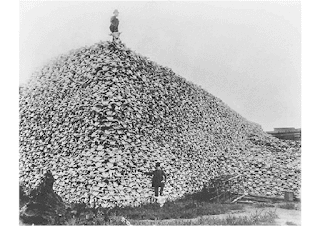 And on our way let’s get rid of those pesky buffaloes and Indians because nothing says freedom like a world scraped clean of buffaloes and Indians. Tell you what, let’s get rid of the wolves and grizzlies too. Let’s stick a billion non-native cattle out there and obliterate the prairie ecosystem while we’re at it, and then let’s watch our soil blow away with complete shock and a little reproachful glance at God, who was presumed to be on our side.

Ah, the romance of the tumbling tumbleweeds! They are synonymous with the great frontier, an ancient spectacle, a natural wonder, rolling free since time immemorial!


Well, boy howdy, guess whut? We didn’t have any tumbleweeds at all until 1870, a mere 150 years ago, when they arrived in South Dakota in a shipment of flax seeds from Asia. About as long as we’ve had kitty-cats, I reckon. We think they’ve been here forever because we get our information from 20th-century cowboy westerns. The first tumbleweed landed somewhere and grew, and died, and snapped off, and began tumbling, releasing a quarter million seeds all by itself. It didn’t need much water to germinate but managed to suck up an astonishing amount of it later, to the detriment of the native plants. It’s one hell of a weed: it easily colonizes disturbed areas, and, shoot, we’ve been disturbing areas as fast as we can. I mean, Disturbed Areas Are Us. 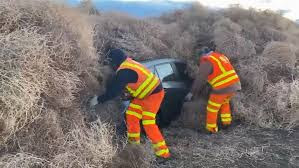 Here’s a cool tidbit: around the Hanford Nuclear Reservation, where the cars were buried on New Year’s Eve, the tumbleweeds suck up nuclear waste before tumbling off to new adventures. They try to pulverize them before they tumble, but, hey. Fun!

They’re a pest. Someone discovered a fungus from Central Asia that does a number on them, and there’s talk of setting that non-native organism loose on the buggers here to see who wins. Can’t see any downside to that.

So: there’s your icon. Invasive non-native species gains foothold and quickly routs the competition, takes over the landscape, and gobbles up all the resources. It’s the Great White Dream. What’s not to love?