It’s Only A Vapor Moon 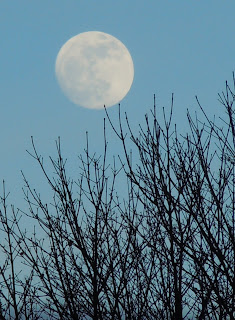 My friend Dale, who slings English like nobody’s business over at mole, recently lamented that so many people were baffled by the movements of the moon and planets. The dynamics underlying the phases of the moon are so evident to him that he believes people are being, if not deliberately obtuse, unobservant in the extreme. He makes a good point. Whatever the moon is doing, it has been doing it in a regular and predictable manner for the span of our lives, and we’ve all had plenty of time to absorb the rhythm of it. I think highly enough of Dale that I hate to mention I am one of those clueless people.

I asked my Daddy about it all more than once, and more than once he dragged out the flashlight and tennis ball and ping pong ball and paper and pencil and WD-40 and plunger and whatever else he thought it might take to transfer some clarity into my noggin. He succeeded every time, too. I always got it. Then I’d look up suddenly and all of it would tumble out my downhill ear. Daddy was a mathematician and amateur astronomer and there really wasn’t anything in the natural world he didn’t understand. His mind was a huge repository of information. Mine is more like a culvert. An awful lot of stuff has gone in, and shot right back out again. 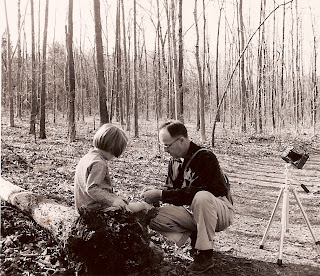 When I was a little girl, I was pegged in the academic system early on as “gifted,” mostly because I drew people with shoelaces. That could have been because I was nearsighted and short and that’s where my attention was, but there you go–if you’re going to be tagged with a label, it might as well be a hopeful one. Because math was a big deal in my family, I assumed that being gifted meant I was good in math. Relieved of math phobia, I took lots and lots of math and always understood it and thought it was really cool. I loved it. I loved it for the entire duration of every class, and then after that I remembered having loved it, as opposed to remembering the math. 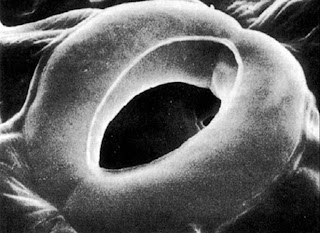 The big science light went on for me the day, in tenth grade, I read about stomatal pores. These are paired cells on a plant’s surface responsible for regulating water. They’re shaped like buttocks, complete with the hole in the middle. When they swell up with water, the hole gets larger and the water can run out. When they lose water and go slack, the hole shuts down. Feel free to abandon this particular analogy if it doesn’t work for you, but I thought the whole scheme was elegant. Those tiny botanical fannies got me on the road to a science degree. I loved all that too. Don’t ask me about it now. My head is packed to the rafters with correctly-spelled words, jostling and forming cliques and swapping around promiscuously, and all the other stuff just passes through; it can’t get a purchase with all the commotion.

I’m especially challenged by visualizing things in three dimensions, which comes up surprisingly often in life. If you hand me one of those wooden 3-D puzzles, I’ll give it five minutes and end up solving it with a hammer.

Dave can’t figure out where I’m going wrong with my spatial reasoning, but he gets all upset at how English is spelled. It’s easy for me to spell: I hold my brain up to the light and read the words right off the roof of my cranium. But when Dave tries to explain to me how something goes together mechanically or what pieces to cut out of fabric to achieve a particular shape, he can look into my eyes and see right through them. Not to my soul, but to a little musty area where lint balls of bewilderment tumble around in a lonely, whistling wind; and he knows he’s not getting through to me, so he explains it louder. My situation is tragic, really. “Gifted,” my botanical fanny. 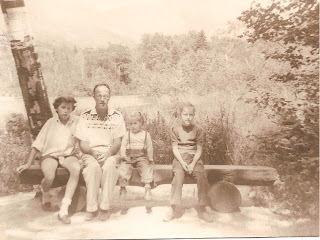 But oh, those words: words with shine and juice and rambunction. Plump ones, like “gibbous.” I look up at the moon and wonder why it has that shape. I imagine rustling up my dad, maybe poking a stick in  his ashes–he wouldn’t mind–and I hear him saying, “not the flashlight and the tennis ball and the ping pong ball again? Okay, one more time.” And one more time, I’d understand. Almost everything strikes me as new information, a condition so close to dementia that the transition should prove seamless.

So a week ago I went out at sunset and peered into the east for the big orange moon that was supposed to show up–the biggest in eighteen years. Naturally, it wasn’t there. We’ve had cloud cover for eighteen hundred consecutive days, and that’s just since Thanksgiving. Nevertheless I squinted into the fog, right where I knew that moon was, felt it trying to press through. I like to hear unseen geese hootling through the clouds too. The list of grand things I can’t see is enormous. Pretty much the whole universe.

Yesterday we had a half moon, I’m told. Was it half full, or half empty? If the moon, or the fanny cells on a nasturtium, or anything else is out there glorying away and we can’t see it, or won’t see it, or learned it once and forgot it, is it still magnificent? I’m going with yes.