Jacking In The Crawl Space 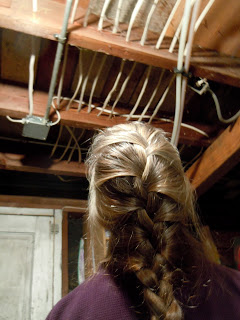 In the basement, where we maintain a warren of electrical wiring of mysterious function, we just had a bunch of new electricity put in. It’s shiny and serious-looking and when the electrician was done installing it, he said I should go turn everything on again to see if the new electricity had intimidated any of the old electricity. We’ve got some old knob-and-tube stuff that is nearly Amish, as well as some old new electricity that goes to an electrical panel and some newer new electricity that got added on, plus odds and ends like a burglar alarm and a jack for the DSL, which was the newest kid on the block a while back.

I turned everything on and it hummed and lit up and did everything it was supposed to, except for the DSL. I had no internet. Before fourteen years ago I never had any internet, but now it’s the second-most important electricity we’ve got, after whatever keeps the beer cold. The internet, being the baby of the electrical family, had always been prone to tantrums. Sometimes it would sit and hold its breath till it turned blue, sometimes it would stamp its feet and sometimes it would just drag along behind us scuffing its heels and pouting. I’ve maintained low expectations for it, which it has met. 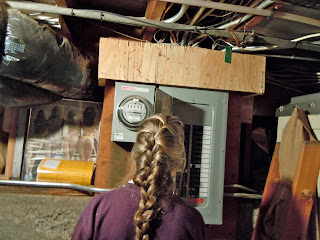 This time it wouldn’t even flicker. It had grown into a sullen teenager. Where are you going, young lady? we would demand, and all we’d get is “OUT!” and a slammed door. I called my splendid ISP, Spire Technologies, where warm humans leap to answer the phone on the first ring and set to fixing your problems in (A) a jiffy and (B) English. Alex was able to confirm I had no internet, and confirm exactly how much internet I didn’t have and how badly I didn’t have it, and he roped the DSL people at Qwest into the conversation. Everyone agreed I was sorely lacking, and Qwest promised to send someone out the next day. 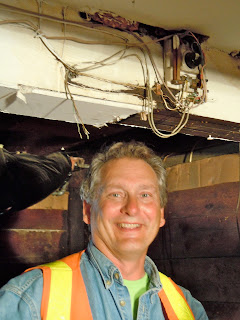 An hour later I happened to notice I had internet again, so I lassoed up a batch of emails, one of which was from Qwest confirming they’d be sending someone over to find my internet, so it’s a good thing I got it back in time to get the e-mail. There was a phone number there I could use to cancel my appointment, and I called it. The fellow who answered was not human but still sounded helpful. “I see you have two services. Are you calling about the phone or the DSL?” DSL, I bellowed into the phone. The non-human wanted to run some tests and he’d be right back. When he came back, after a disturbing Europop interlude, he said it looks like I have my internet connection now, and if I was still having problems I should contact my ISP, and he was ever so sorry, but he didn’t know their number. Buh-bye!

So I couldn’t cancel my appointment. Fortunately, the internet went out again (slam) and then came back, and a few hours later it did it again (slam). Hormones, I swear to God. So although I was confident it would be working when the serviceman arrived–it’s sort of a twist on Murphy’s Law–I made no further attempts to ward him off. 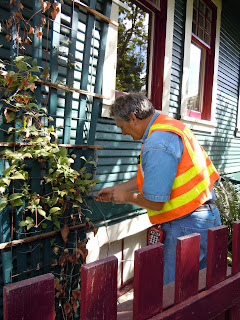 Well, Donald from Qwest was just a peach. He fiddled with something near my modem, and then he fiddled with something stuck on the outside of the house, and then he kindly explained to me that my DB level was “four” and what I’d probably want to do is do a home run from the network interface to the jack. Well, sure, I’d like to, but I could never get anything out of the infield. I presented him with a very blank face. He explained I might want to replace a wire from the SNI to the old protector. He peered into my eyes in time to see the pilot light go out. I was blank clear down to my pancreas. Finally I accessed the part of my brain responsible for speech and asked him if all of that was something he could do, if I had enough money. And it turns out it was. Having reliable internet service would be something I would think you just couldn’t put a price tag on, but it turns out it’s $85.

Before he left, I asked him one more time if he could tell me what he’d done with the home run, and he patiently explained that my DSL doesn’t run in series with the other jacks, unless it does it in the crawl space where we can’t see it. He left after confirming that things were looking brighter with my internet, but my heart sank just a little. There are all sorts of things jacking away in the crawl space where we can’t see them. We’ve found their little pellets.

But the internet didn’t go out again for another five hours, and that’s something.