Jesus Loves The Food Containers Of The World 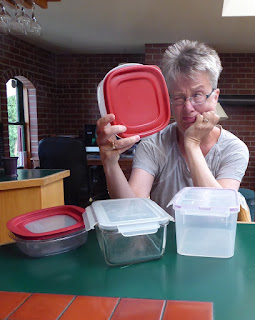 Everybody on the planet wishes everyone else would just stay put. That’s about the nut of it. Everyone’s used to the people they were forced to get used to, and they don’t really want to get used to anyone new. It’s hard enough getting used to the regular people. Trouble is, we’re going to have to get used to new people. Folks are on the move. And not always just for fun.

Sometimes their entire country dries up and blows away. Sometimes they get run out at the point of a spear, or a whole lot of penises that are up to no good. Sometimes they get bombed out by a really nice other country that is only trying to drop the bad guys into a crater, and kind-of misses. Sometimes there’s a plague. A lot of times it isn’t even a matter of scarcity. It’s a matter of a small number of people hoarding all the resources and screwing everyone else.

Coming up soon, there will be people on the move because their land is underwater to a degree incompatible with breathing. Or there will be a spectacularly awful new virus. There are billions of people on this marble and maybe we could figure out how to have most of us stay put if we could learn to share, but wealth does not work that way. Wealth is a virus that leads to blindness and hardening of the heart. And if it comes down to a choice of moving or having no water or food and having your family tortured and shot, people are going to move.

God, we hate that! New people don’t even smell right. They smell like some stupid thing they’re cooking out of pounded plant roots and ground-up seed pods. They believe completely different weird things from the weird things we believe. Their women are tiny and their men are hairy. They change everything. We don’t like them.

What we need is a world-wide exchange program. We need to learn about each other and discover our common humanity. I propose we model it after the International Sisterhood Of Food Storage Containers. Your Tupperwares, your Rubbermaids, your Snap-Tights. They’ve got it down. In some technical respects, food storage containers are not strictly alive, but they do have the ability to move on their own. They have autonomy. 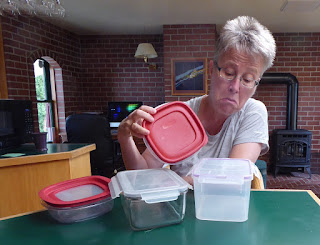 We first met them long ago at parties in their honor and took them home. Later a religious element was introduced, when they convened in church basements, filled with green bean casseroles and marshmallow salads, and everyone got a good look at them in all their diversity. Then they showed up at people’s doors like evangelists, saying “Have you heard the Good News about quinoa,” and stayed for dinner, and never left. The people they ended up with strained to remember the provenance of the new food storage containers, and eventually gave up and put their own leftovers in them.

Now I have yours, and you have mine.

So when I look in the cupboard for something to stow the potato salad in, I see foreign Tupperware. “You’re not from around here,” I say. “You look different. Mine has a blue gasket and snappy sides. You have a red flexible hat. You’re not like mine, but you know? You’re not so bad.” Food storage containers are the masters of ecumenical outreach. We Are All One. Red and yellow, black and white, we will snap together tight.

In the meantime, we should probably isolate those Syrian boat refugees who want to undergo a rigorous two-year naturalization process in order to commit terrorist acts on us more conveniently. We can stick them in with all the transgendered people who victimize people in public restrooms and the people who impersonate other people to vote. Somebody must have a broom closet about that size.