Keep Your Head Down (And Your Fanny Up) 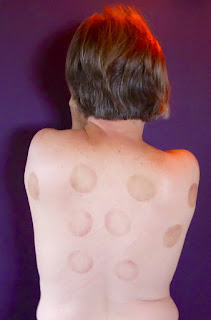 There are numerous reasons your massage therapist puts you face down other than that she would like to admire your fanny with her hands.

For example, if you’re face down with your head in a  donut, she can cup you and you can’t look.

My therapist doesn’t cup me often but every now and then she decides that’s exactly what I need, and a donuted face doesn’t argue. Cupping, for those who don’t know, is an ancient and respected mode of quackery in which a vacuum is introduced in a cup and it is then applied to your person in order to suck up your skin and draw blood to the surface. To this day nobody really knows if it does anything for you, but once a medical technique has been shown to be really ancient it acquires its own legitimacy. Trepanning and Chickenpox Parties are due for a comeback. 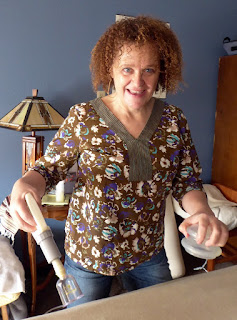 Anyway, cupping might help something, and doesn’t hurt anything, which is already more than you can say for a lot of modern medicine. There haven’t been any good double-blind trials of the method, because it’s hard to get a control group. You the hell know if you’re being cupped. If you’re face down with your head in a donut, and you get a lot of cups on you, as I just did, you start to imagine you’re being suspended from the ceiling like the Mission Impossible guy. And when you’re done, you look like you’ve been making out with an octopus. 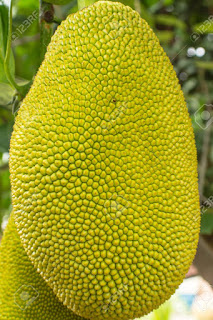 At least my therapist is modern. She uses a rubber pump to achieve the vacuum. Other practitioners might go old-school. They set a fire in their cups and apply them to your skin just about as soon as it goes out, ideally, and get the vacuum as the air in the cup cools. Then…well, I can’t bear to type it, let’s just cut and paste:

“The therapist removes the cup and uses a small scalpel to make light, tiny cuts on your skin. Next, she does a second suction to draw out a quantity of blood. You might get 3-5 cups in your first session.”

Anyway, three to five cups? I had at least sixteen on me. I looked like a jackfruit. But my therapist has never set me on fire or sliced me up. That’s one of many things I love about her.

There are probably several advantages to cupping, from a legitimate licensed massage therapist’s point of view, if not that other kind. If you get sixteen cups on you drawing all your blood up to the surface and you have a penis, you are not getting a boner for a long time. Which is good because they do not have a proper donut for that.

According to some sources, cupping treatment can strengthen the body’s resistance, although not to cupping; it can promote blood circulation, or at least bloody circles; and it can restore balance between positive and negative forces.

I call bullshit. Only putting Merrick Garland on the Supreme Court can do that.