Let’s All Drive Down To The BP Protest 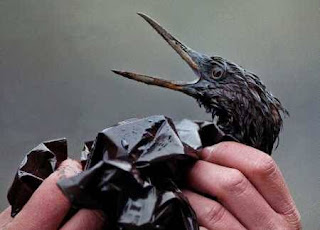 An appalling oil spill is underway in the Gulf of Mexico. You’ve probably heard. BP has taken ownership of the problem in the sense of agreeing that it is their installation that exploded, after the failure of an early attempt to alter their logo with sharpies and pin it on Brown & Root. There has been some effort to scatter blame among various widget manufacturers, but no one other than Rush Limbaugh has claimed this was anything but a massive screwup. Mr. Limbaugh suggested it was an act of sabotage on the part of environmental extremists, but this is widely held as absurd, inasmuch as they’re all busy shooting polar bears and stitching them together to reflect more sunlight and cool the climate.

The Obama administration, for its part, has stepped up its scolding efforts. It’s just like in the Fox show “24,” when the computer geniuses are tapping madly at their keyboards for information that will be needed in the next ten seconds or a nuclear bomb will go off, and the CTU director, who is under the impression they’re all updating their Facebook pages, interrupts them to say that they must work quickly, because millions of lives are at stake. There is much helpful frowning and then everyone’s right back at it. 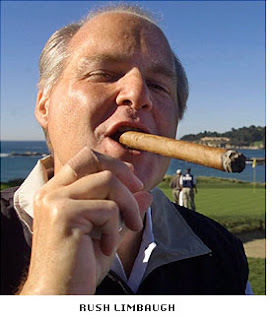 So far, BP has attempted to rectify the problem by stuffing the rupture with golf balls, so things seem to be well in hand. Also, people have been collecting hair and fur to sop up the oil on the beach. Pet groomers and barbers have sent off sacks of it. Given that hair is remarkably absorbent, it would seem to be even more efficient to scrub the beaches with intact mammals, which is why I’m suggesting that a squadron of Labrador retrievers that are already inclined to roll in something smelly be dispatched right away. When they’re done rolling, they can go jump up on Rush Limbaugh. Two birds, and all that.
Once Mr. Limbaugh calmed down about the sabotage aspect, he suggested that the ocean will eventually take care of the problem, which is true, if we use the same sort of time frame in which the sun will take care of us in a few billion years. Currently, of course, the ocean is taking care of the oil spill the way Mr. Limbaugh’s trousers are taking care of his fat ass. 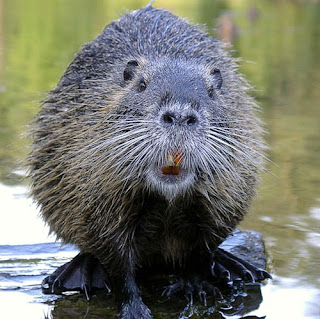 The temptation, since mammals and balls seem to be the key to solving this wicked problem, is to propose that we try baling up BP executives and troll them in the Gulf to test them for absorbency. This would be emotionally satisfying, but it ignores our own complicity in this mess. Ever since we began sucking the cream out of Planet Twinkie, we have enjoyed how zippy it makes us. Not individually, of course, where we tend more towards torpor, but as a group. We are caught up in a lifestyle that we like to believe makes us happy, and are willing to stick our heads in the sand, ignoring the tarballs, about our immense destructiveness. But the fact remains that we as a species have irreparably changed our environment. Not even beavers come close. Beavers do dam up miles of streams and change them to a succession of ponds and canals. This creates a new niche in the ecosystem, and some things are destroyed, while other things move in to take advantage of the new scenery. Mr. Limbaugh, taking the long view, contends that a similar thing will happen when we’ve finished bollixing up everything. Eventually everything will settle out according to God’s plan and his chosen people will prosper. I’m sure it’s true.
It’s what they’ve been preaching in the cockroach churches all along.
By Murr Brewster|2021-11-09T21:28:28-08:00May 26, 2010|Uncategorized|32 Comments