It’s an exciting day here at Murrmurrs, Inc. Champagne corks are ricocheting off the blogroll. Confetti is piling into drifts on the comment section. A knitting blog has registered a complaint about the noise. We have a book!


Strange business, running a blog, keeping it lubed and fibered-up and regular in output. It’s a strange business especially in that it’s pretty much income-free and yet it cannot be deducted as a charitable contribution. Why does anyone blog, anyway? So many reasons. Maybe we have opinions that must be expressed before they become impacted and begin to fester. Maybe we have made some socks, and have pictures to prove it. We might have a cat that we’re pretty sure the world wants to look at.

But for me, here at Murrmurrs, Inc., the blog is the place to pin down my thoughts as they pass through my brain before they shoot out again. And that’s getting more and more important all the time as my brain becomes more ventilated.  Most days, it’s downright drafty in there. No one’s figured out a way to caulk up the leaks, so the best we can do is net those thoughts and spraddle them out on the blog like dead insects, where we can sit back and admire them. Otherwise they’re lost forever. It works pretty good. I can dip back into the archives and read things I don’t remember writing, but there they are.

I’m not much of a businessman. I am supposed to be aggressive about sending my efforts to magazines and getting published, but I’m only good for about a one-week spurt of that a year. I’ve written one humor book and two novels since I retired from the post office in 2008, but the magic publishing fairy has not dropped in to have a look at those either. I did pop off a half-dozen queries to literary agents about my first novel, but then I got an idea for a second novel, and it’s so much more fun to write a novel than a query letter that I did that instead. As a result, I have a lot of what is called “content,” but not really so much of a business, in spite of the fact that I might have mentioned to the Internal Revenue Service that I did. And one of these years, they’re going to want to see some evidence of income.

So in response to the clamor (I believe two people constitute a clamor), I have assembled seventy of my most snortworthy essays in a book, Trousering Your Weasel. Why would anyone read a book containing material they can read for free? Several reasons. One, no one ever digs back into the archives. Two, it’s a way of saying “thanks for all the free crap, Murr.” Three, the book that most of you currently have on your toilet tank has gotten all speckly and damp and needs to be incinerated and replaced. Four, some people might be interested in keeping the author out of trouble with the IRS.

And they make great gifts for those friends and relatives who have ignored your recommendation to read this blog. “I don’t do blogs,” they say. These people fall into two categories:

(1) They don’t know what a blog is or what you do with one, and the whole suggestion makes them feel stupid and insecure; and

(2) They do know what a blog is, and they have way better things to do.

Both of these kinds of people need this book.

But suppose you have been following Murrmurrs faithfully since 2008, have perfect recall, and don’t really care if its author is strung up by the IRS? What’s in this book for you?

It’s illustrated. Yes, each snortworthy essay comes with its own drawing. And you have definitely not seen these before. From my childhood… 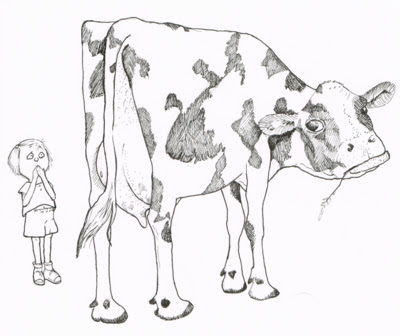 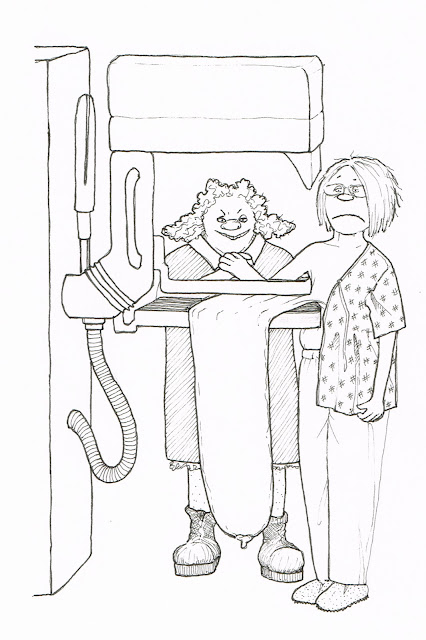 Or simply out of my fevered imagination: 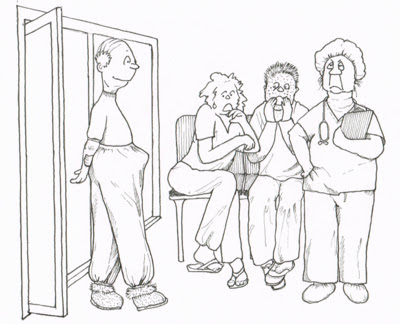 You might have noticed a new button up there on the left margin, and if you would like to buy this book, go ahead and have a whack at it. It’s also available on amazon, which is your best bet if you need it by Christmas. There are 250 pages of concentrated Murr here, with over seventy illustrations. I hope you love it.
By Murr Brewster|2021-11-09T21:05:51-08:00December 19, 2012|Uncategorized|91 Comments