Love In The Time Of COVID-19 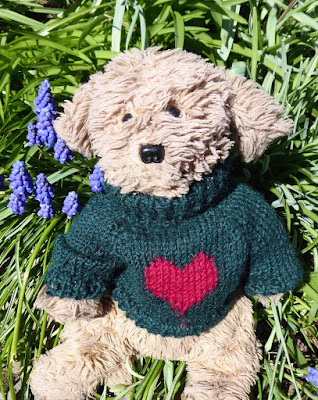 Well look at that–big fat flakes are coming down and things could hardly look festiver. It’s mid-March and this is certainly not unprecedented, but it’s still a surprise, and I can’t remember if we had any snow this winter. In fact the winter has seemed unusually mild. Our normal winter days are rainy and top out in the mid-forties, but it’s been a good ten degrees warmer than that, enough to make me wake up in the middle of the night and kick off my beloved slab of blankets and fret about what summer will be like on our new, remodeled planet.

What else? Oh. There’s a new virus in town, perhaps you heard. If you drew a Venn diagram of People Who Should Be Real Worried and Me, you’d have one big dark circle. Nevertheless I find myself not real worried. This is mainly a matter of principle. Worry has always been the least helpful tool in my kit and often as not I can’t even find it in among the store receipts, pennies, and itty bitty screws.

I am not yet a complete dunce, however, and have adopted all the protocols recommended by scientists in the Deep State, a.k.a. the remaining still-functional bureaucrats whose salaries I am happy to pay with my tax money. Even though I am well over sixty I believe I would survive an infection. I worry more about Dave, who, despite being apparently bionic in fundamental ways, was a smoker of long standing, and the creative things he can do with a simple respiratory ailment are legendary around here. We’re hunkering down.

The thing that’s weirder about my state of mind is that I find all of this actually exciting, in almost the same way I find our imminent mega-earthquake exciting. I’m always impressed by massive real events beyond our control. Things that shake us up. In this case we have a tiny item, a virus, which, like all other living things, is doing its level best to reproduce itself, which it must do inside a “host”–in this case bats, or us. “Host” is a mighty accommodating word and suggests a degree of hospitality we might not actually feel. “Mark” might be a better term. The virus catches a ride on a suitable cell and shlorps itself inside, where it cajoles the cell into helping it replicate, slips on a new jacket, and busts out of Dodge, which is real bad for Dodge, and then it hops the next available mark, eventually existing in, conceivably, half the world’s human population, plus a number of bats.

Meanwhile, we continue to hurtle toward environmental doom, even though we know full well what we need to do about it–because we knew we needed to do it fifty years ago. No politician on the planet could overcome the stubborn short-sightedness of our rapacious consumption. The disruption to our economic system would be so severe that people will not consider the far heavier price of doing nothing. The entire system needs to be overhauled, and there’s little support or political will for that. Certainly not among the plutocrats, and not among the powerless serfs so easily gulled by them. I always vote as hard as I can, but it’s clear to me that only some crazy outside catastrophe could turn this ship around.

But looky here: commerce is grinding to a halt. The transportation sector is nosediving. Unearned treasure is losing its value. The systems are crumbling. A crafty 120-nanometer sphere of protein and DNA has done this. It’s a little viral miracle.

Scientists don’t agree on whether viruses are living or not. They can’t generate their own energy or live for long outside their hosts. But they’re hardly inert. They’re as successful as an internet rumor. Or xenophobia, which spreads rapidly but can’t exist for long outside Fox News.

So that’s what’s filling my sails. There is something right now that has managed to bind all us individual hosts together, all over the globe. We are in a state of heightened awareness of each other’s basic humanity, of what we have in common, what we each need, what we need from each other, and what we can live without. And we finally understand that what we do affects everyone else. This virus dissolves false boundaries.