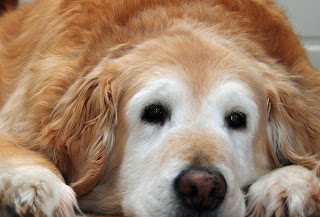 I’m on vacation. But I’ve loaded up Murrmurrs with something a little different. When I retired from carrying mail in 2008, the first thing I did was write a book of dang-near true postal stories. I called it Miss Delivery: A Postal-Mortem. Here are some excerpts: “Marbles,” in three parts, begins on my second day delivering a route all by myself. The first day had not gone well.

It’s hard for me to feel bad for long. I rebound fast. This is not a sign of intelligence. In fact, it is often achieved by willfully ignoring or denying all that is true. If I were the last tyrannosaur holed out in a cave when the asteroid hit, I’d come out and think: hmm. Chilly. Dark. But look! Toasted stegosaurus nuggets, as far as the eye can see.

So the day after my hellish solo debut, after a dreamless sleep, I went off to work in a much lighter frame of mind. After all, there was no possibility this was going to be as bad a day as yesterday. For one thing, I had gained some familiarity with the sorting case. I would be able to make some headway sorting the mail this time. And I’d been out on parts of the route, at least, and wasn’t likely to forget where the mailboxes I’d already found were. Certainly not that cutesy little birdhouse piece of crap with the hungry cat face on it holding the little tiny US MAIL sign in its mouth swinging from the tree halfway across the yard in Gnomesville that you could only see by climbing the steps to the front door and leaning out over the porch. Yes, things were certainly looking up. I walked into the station, punched in my shiny new time card and strode over to the sorting case. The boss met me there. “Collins called in sick,” he informed me. “I’m going to need you over on route 136.” And just like that, there I was, right back to looking like an exhibit in the Postal Wax Museum.

It occurred to me that it was inevitable that, in one’s first days on any job, things might go a little sideways. It takes a while for the smoothness to set in. You can’t expect yourself to be able to accomplish the same things as a seasoned professional, and no one else would expect you to, either. Would they? I picked up a letter and scanned the new case, hardening into a familiar pose. I wasn’t getting anywhere.

As I stood, poised with my original letter outstretched towards the case, I thought about some of my previous jobs. I had been a waitress at Friendly’s Ice Cream. On my first day, I admired the other waitresses who flew around the corners with dishes stacked all the way up either arm, swinging them down gracefully and setting them before their customers, and I thought: amazing. Soon, I’ll be able to do that. But I wasn’t. I was quite possibly the worst waitress ever. Months into the job, I still couldn’t bring two lunches at a time to a table and park them correctly in front of the people who ordered them. In fact, I had so little talent that when I did manage to bring someone his correct order, and then served his coffee upside-down in his crotch, he went out of his way to reassure me. “Don’t worry,” he said earnestly. “It wasn’t warm, anyway.” He felt so sorry for me that he gave me an extra-large tip. Although maybe that was for dabbing him dry.

I wasn’t all that great shakes as a lab technician, either. I never could bring myself to kill a rat, and I used to wash all my colleague’s test tubes for him in exchange for dispatching my rodents: a half-hour’s work for me vs. fifteen seconds for him, and I considered it a great deal. I stood there with the same letter in my hand and it dawned on me that nothing in my personal occupational history could rule out that I would suck at this, too.

On this day, though, I got some assistance from another rookie carrier, one with a few months’ experience and a proper sympathy, and we were able to plug all the mail in the case and get the route ready to go in a reasonable amount of time. I had learned to place the Bad Dog cards in front of the letters for a bad-dog house, so that was an improvement right there, and my new friend also introduced me to the concept of Direction Cards, which were made up to guide the carrier through the odder deliveries—“back door,” “slot in garage,” or “blue house behind laurel hedge”, for instance. The other rookie didn’t seem to think I was irredeemable, and that plus the direction cards had given me a little heartbeam of hope.