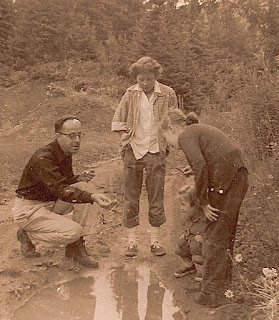 I’ll start with just a couple, for now. The earliest ones. Nothing too dreadful, or too early–I was raised in a family of decent people and well shielded.  I knew not to take candy from strangers, but what designs those strangers might have had on me were a mystery. Art Linkletter was on the tube, not Girls Gone Wild.
No, my introduction to the peril of being female began only when I’d just started to develop. Eleven, maybe, or twelve. It’s not a good time of life. It’s the beginning of the end of innocence, and by that I mean the condition of being whole in oneself, the pilot of one’s own consciousness, the skinner of knees and the collector of caterpillars. If you’re as lucky as I am, you get to be that child for a good while, rowing your own boat in a protective flotilla, allowed to drift at will with a cargo of your own imagination.
Then things start to change, and it becomes ever clearer that navigating the world and its demands and betrayals is going to require some compromise of the spirit, some deceit and pretense. And that’s just to keep your head above water among your peers. But there’s a wider world.
The first time, I was walking down the block to Robertson’s Five and Dime, as I had done for years, every time I found a few pennies in the sofa cushions. I was nearly there when a man, a grown man, pointed at me and grinned. “Hey, I know you,” he said.
I probably looked perplexed, and I probably smiled back. As one does.
“You work at the bar, right? That’s it! I’ve seen you dancing at the bar. Oh, yesss.” He was really grinning now. 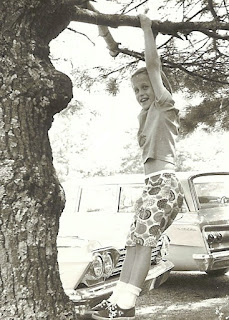 I can’t remember what used to be on that corner next to the dime store, but now it was a topless joint. That was a new thing then, and a scandal in the neighborhood. The man grinned harder and his eyes traveled down my body. My new body. I smiled again, probably, and told him I didn’t work at the bar.
“You sure look like her though. You could.”
I ducked into the dime store, bought a Maryjane, and peered through the window to make sure the man was gone before I walked home. Not that he wasn’t friendly. He was real friendly.
It’s a mild enough story, but as poor as my memory is, it stands out. What’s interesting about it is not the man’s ploy, his game, his easy, casual assertion of his own power. There’s nothing special about that. “When you’re famous, they’ll let you,” a powerful man says, but even those with nothing going for them will play up any edge they can conceive of, and that edge is often over women. All women, any woman. We’re all in the same lower caste and they’ll make sure we don’t forget it. There’s nothing more mundane than that story. What’s interesting to me about this story, and the next, is my own reaction.
First, a sense of menace, accompanied by the first realization that I would have to negotiate life more carefully from now on, and take other people into account in a way I’d never had to do. I was suddenly not a little girl anymore, but a little girl in costume, in drag, and people were going to look at me in a different way, and at the same time no longer see me at all. So I felt menace, and loss. But also something else.
Do I really look like the dancer at the bar? Could I really be mistaken for the dancer at the bar?
[No, eleven-year-old little Mary B., no, no, no. Christ on a stick. That man knew you were not a dancer at a bar.]

And so I felt as though I had dodged a bullet, but also that I might have some power of my own, something that made other people notice me. That I had some new currency in this new world, something from the props department I could use as I climbed the big stage and learned how to act.
That night, I took my shirt off, threw my shoulders back, and examined the progress in the mirror. It’s a strange bit of business to witness on yourself. I did not want to grow up, but as long as I had to, I wanted something I could work with.
This is how it starts. If you ever wondered why some women accept this situation as normal and consider unsolicited attentions a compliment, become accomplices in their own subjugation, this is how it starts.
That’s not entirely fair, of course. Most people, anywhere on the sexual spectrum, try to attract. It’s all part of the game. The unfair part is that men can really mess you up. They can kill you. 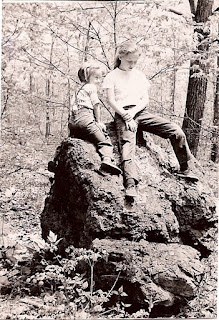 Story Two, not long after. I’d been in the church choir since I was little. I’d graduated to the adult choir with my dad, and Ronnie Oldham was acting different. Mr. Oldham was old and fat and had never paid me any mind at all, but now he was waggling his eyebrows and making low whistles at me as I walked past. “Oh, brother, George,” I heard an adult say to my father. “You know your little girl is growing up when Ronnie starts taking an interest.” Everyone chuckled. It was general knowledge.
I’d gone into the empty rehearsal room to retrieve something when Mr. Oldham came in behind me and put a hand on my shoulder. When I turned around, he covered my mouth with his and forced in his tongue, squeezed my breasts with both hands, and backed me into a wall. One of the women in the choir came in and said, “Now, Ronnie, you know better than that,” and he left the room immediately. My reaction? I was really relieved that lady came in when she did. And I was also as embarrassed as I’d ever felt in my life. Absolutely humiliated, eight shades of crimson, paralyzed, incapable of speech. Exactly as if I’d been caught doing something wrong. What else could I have done? I had never been given a script in which I could say “no” to an adult.

But somehow I was partly to blame.