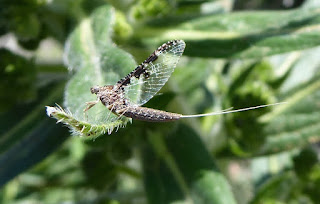 Not to brag or anything, but I’ve got awesome friends. 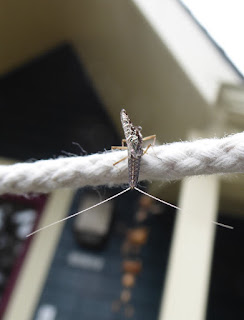 This is all very handy if there’s a lot of stuff you don’t know, or if, as in my own case, there’s a lot of stuff you knew for a second but not anymore. For instance, when I found a new bug the other day, I could probably have posted a photo of it and gotten an immediate identification from several of my friends. But I didn’t. I didn’t want to be a pest, and I also wanted to try to identify it myself, old-school. I searched online.

Man, there are a lot of bugs.

First site I checked out suggested I note the habitat, because certain bugs are found in certain habitats. My bug was on my clothesline. He really liked my clothesline. He wouldn’t get off my clothesline. Eventually I hung the whitey-tighties on either side of him and he didn’t even flinch like a normal person would. There was no clothesline-habitat section on the website. 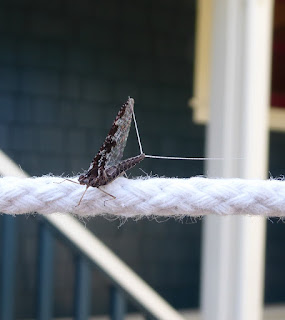 Then it asked if my bug had six legs or eight. It said if there were six, it was “most likely” an insect. I know why they hedged. You can’t keep little boys from ripping legs off a spider. Similarly, if you see a glowing abdomen, it’s most likely a lightning bug; but if it’s all by itself in the middle of a little boy’s forehead, it’s an ex-insect and a shitty little boy.

I wasn’t really getting anywhere.

Fortunately, I found a dichotomous key. You all know what that is. Dichotomous earth is what you put around your vegetables to keep the slugs out. No wait! I’m thinking of slug bait! A dichotomous key is what you use to figure out if what you have is a Backson, and if so, if it’s a Spotted or Herbaceous one. The key asks you a question and you answer A or B. Depending on your answer, you get another question, and eventually it whuffles you down to your bug. So it’s just like going to the optometrist’s.

I’m never really sure if A is better than B there, either.

I started in on the dichotomous key and ended up concluding that I had an insect previously unkown to science, which was very exciting. Murrus clotheslinus, or Linus for short! I even searched the Oregon image database of all 331 state bugs and found nothing at all resembling my bug. My bug had wings sticking straight up and curb-feelers coming out of its butt.

Then I saw the image of Japygid diplurian. The whole image was entirely black. The Japygid diplurian is so rarely seen that they didn’t have a picture of it, so it was probably my bug. And what a wonderful bug it was! The Japygid diplurian, it says here, even predated the dinosaurs. You get a bug that size that eats dinosaurs, you’ve got yourself a champion. They say the dinosaurs got wiped out by an asteroid, but it totally might have been the clothesline bugs. Awesome.

Still, hard to tell with no picture. I went back to my dichotomous key. Early on, when it asked if my bug had one pair of wings or two, I’d said one, because that’s all I saw, but they can get really sneaky about hiding wings. I decided to change my answer. This is exactly how I do TurboTax, which is also a dichotomous key. They ask if you’re single or married; over or under 65; like long walks along the beach (yes/no); have any passive carryover losses to report under section 651.4 with a slide-through diddler subject to the Crapmont Contraction between 1979 and 1982. I mark “yes” out of pure fear until it sends me down a rabbit hole of questions I can’t answer, and then I go back and try “no” and everything works again.

Same thing here with the bug.

And there, eventually, under “two pairs of wings,” is my bug. He’s a mayfly. You all knew that already.