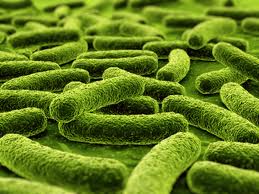 We are very amused.

We use the “bacterial we.”

The thousand or so species of bacteria that are sharing my skin envelope have elected me to speak on their behalf. We all get along pretty well most of the time. It’s kind of a party in here. I, for one, am tickled to learn more about them (or “us,” as I am beginning to prefer). It’s only been recently that scientists have attempted to determine how many kinds of bacteria we are harboring, by examining samples from 250 very healthy individuals. Bacteria thrive in our cavities and crevices, and scientists selected fifteen specific areas to swab for organisms: behind the ear, in the elbow-fold, the throat, various parts of the digestive tract, and so on. Female volunteers provided an additional three swabbing points in a moist personal cavity which we will ask you, in the interest of delicacy, to imagine. Okay? It comes back into play later.

They found that not only are humans hosting upwards of a thousand species of bacteria on and in their person, but that each human has a unique set–a bacterial signature, if you will. It is more accurate to think of oneself less as an individual than as an assemblage of life-forms all living together, like a coral, or a college dorm. The microbiome, as the assemblage is called, is different for everyone. And the so-called dangerous bacteria are also present in all of us. If we don’t get sick, it’s because of peer pressure from the other bacteria. This is one reason that antibacterial soaps and antibiotics may cause more harm than good. It’s like bombing the bejeezus out of a country. You take out all the bad guys and (oopers!) the orphanages and schools and your odd village and the occasional wedding party, and after years and years, in spite of all the trouble you’ve gone to in order to deliver freedom, everyone is still pissy.

Studies show that the average adult carries 2-5 pounds of bacteria, and could benefit from a slimming outfit. The vast majority of the microbes live in the gut, and they are partying down. They do nothing but eat and reproduce and amuse themselves by shooting the loop-de-loop intestinal tract and out. The standard turd, in fact, is nearly one-half bacteria by weight, which is one of two good reasons to avoid eating it, neither of which makes sense to a Labrador retriever. 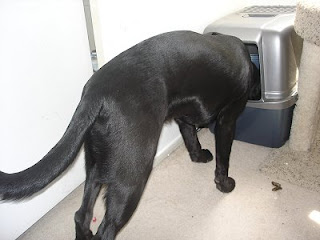 The unique bacterial signatures we carry may be responsible for the state of our health and immune systems, and explain why some people are prone to colitis (say) and others are not. My particular set has rendered me impervious to digestive upset and the flu, but totally slacks off in the throatular region. Nevertheless, I would say that the entire crew is doing a bang-up job, and I’ve already started up some new crevices for them, chiefly in the back fat folds, should they wish to expand operations.

We start to accumulate the characters in our individual microbiomes at birth, when we pick up our starter set in the final act of sliding out of our mothers (see above). This is one drawback of being born by Caesarian section, and suggests that, from the point of view of its immune system, the newborn in these cases might want to gain immediate exposure to its mother in an area she may not be interested in sharing at the time. I’d ask first, anyway.

This field of study is quite new and suggests many avenues for further research. “We’re still scratching the surface,” says Stanford epidemiologist Dr. Julie Parsonnet. I think she may be thinking of fungi.