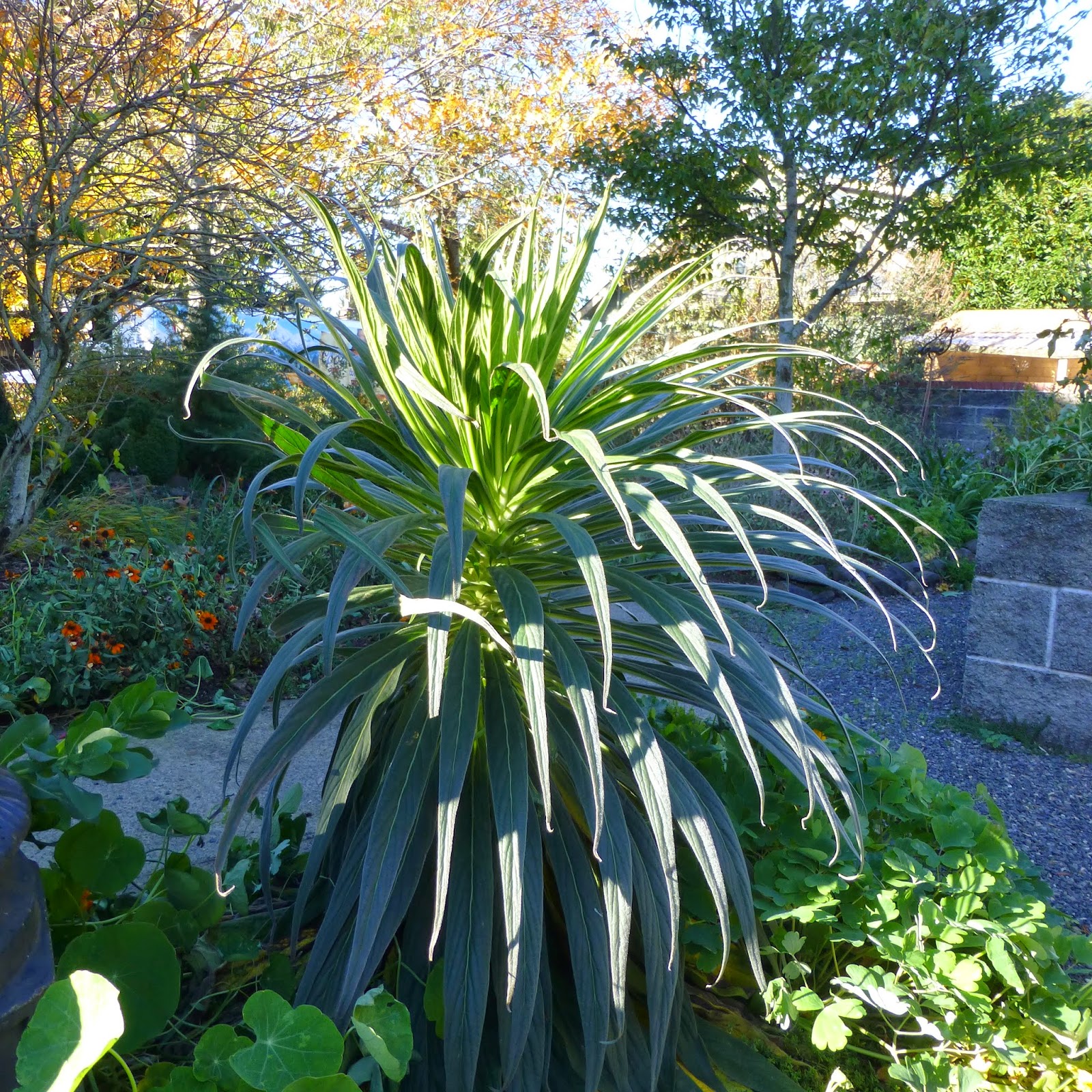 I think it’s fair to say that both Dave and I are worried about Mr. Happy. Mr. Happy started out small but rumor had it that if everything went right he’d push up a gigantic spike, with girth to rival its length, a veritable tower of pink. I’ve kept him in my bed since last spring, just waiting. 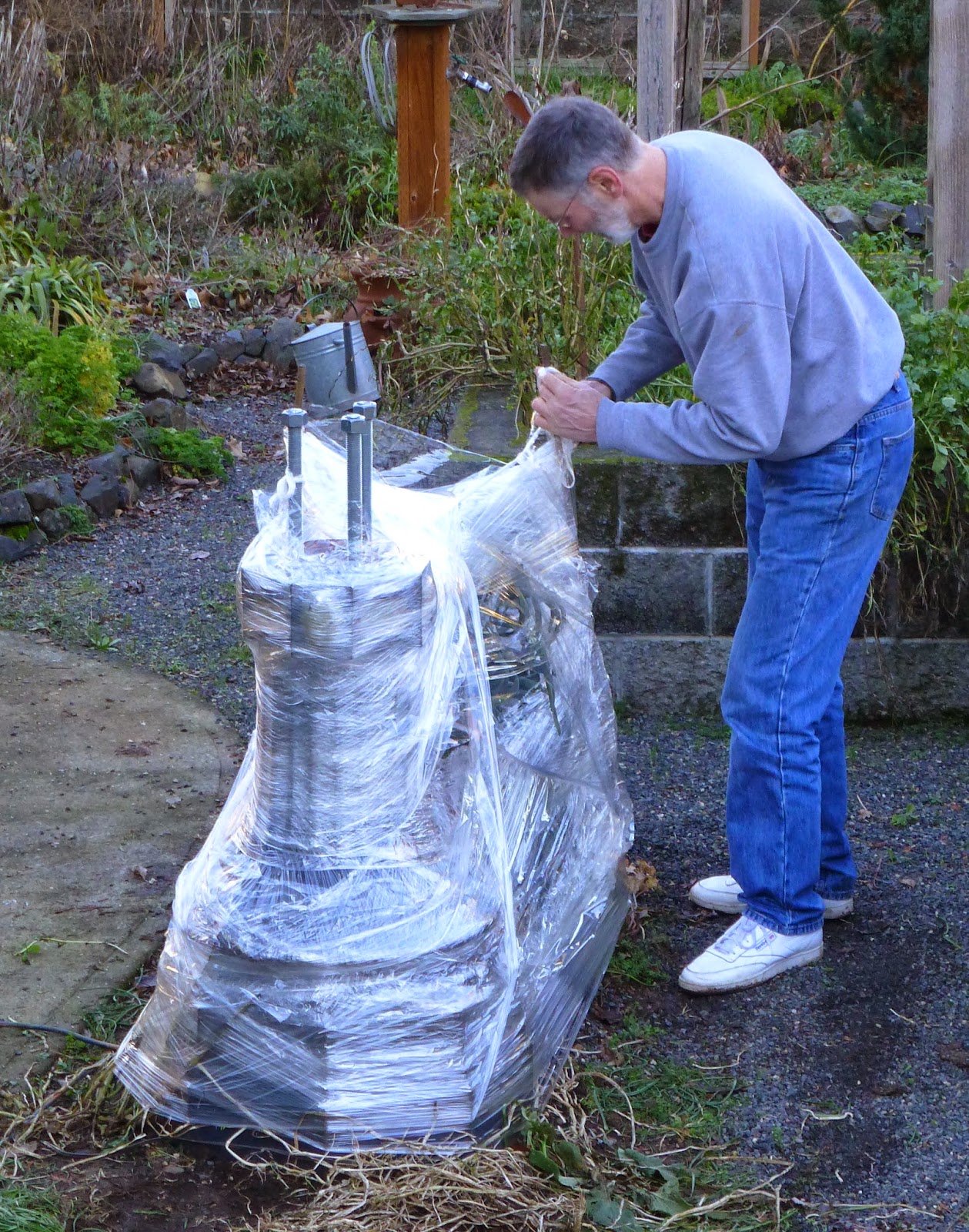 Mr. Happy isn’t just any old Echium. But the truth is any Echium would find this place a challenge. I saw him in the neighborhood once so I know it’s possible. I didn’t know who he was at the time. There was a ten-foot, massive, rigid spike of flowers in somebody’s parking strip, right next to all the skid marks. Might be the kind of thing that’s just ho-hum in California but around here it’s a statement. And the statement is oh baby, oh baby, oh baby. 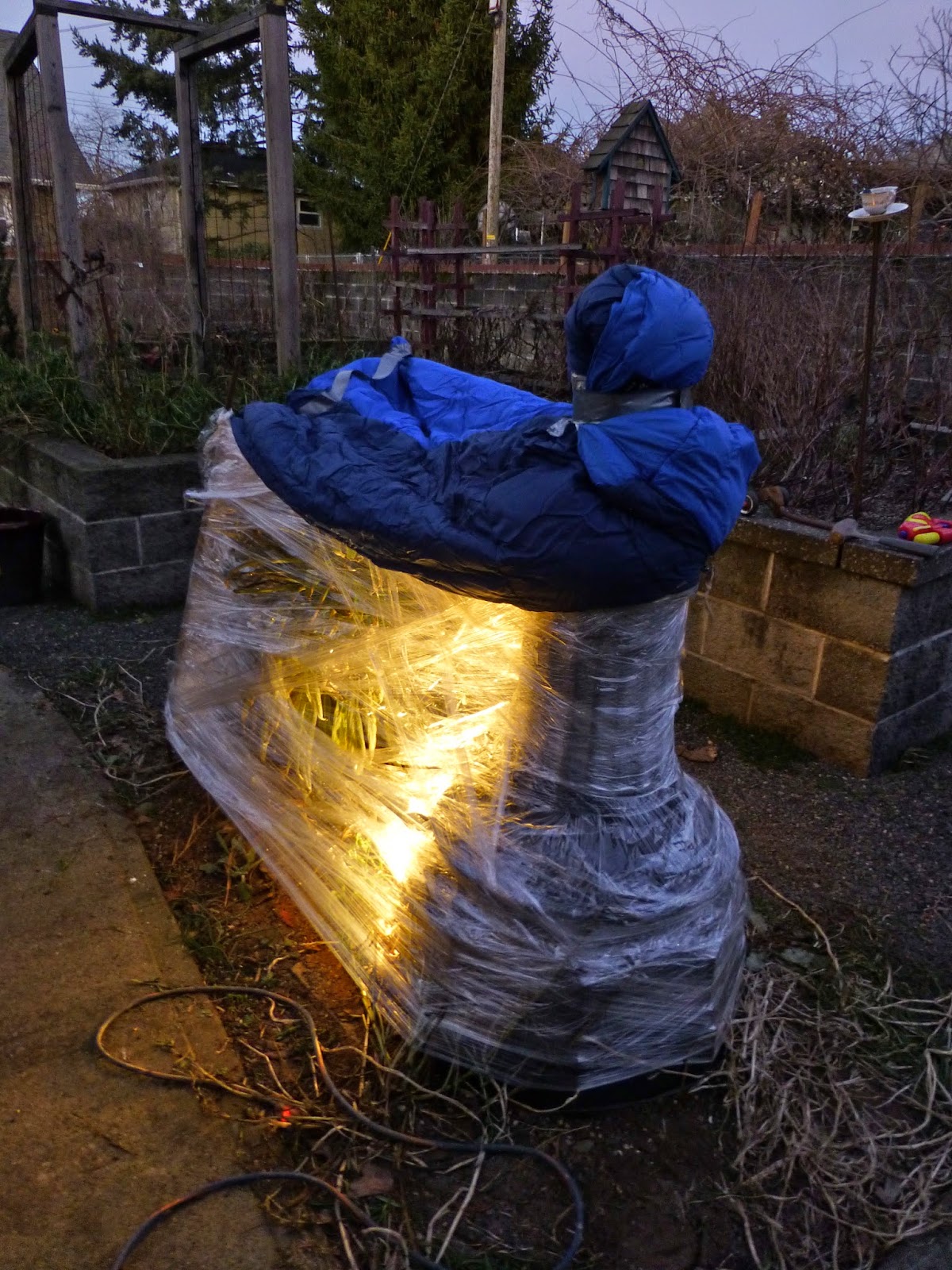 So I recognized him when I saw his picture along with his Personal Ad on the little tag in the nursery. He was in just a three-inch pot and he was a four-dollar gamble. The problem was he wasn’t going to put out until his second year, and he wasn’t going to have a second year if he couldn’t make it through the first winter. For four bucks he was worth a try. Sometimes we never get much below freezing here. Back in November we’d already had a cold snap in the mid-twenties and I thought Mr. Happy was a goner, but he just got a little ragged on the edges and still seemed quite enthusiastic in the central well-hello-there zone. Temperatures rose to the forties and stayed there for weeks on end, and then this happened: lows predicted around twenty, for days.

We got to work. Dave pounded in a couple stakes and got a few hundred dollars worth of Costco plastic wrap and bundled up Mr. Happy like Kathy Bates in Fried Green Tomatoes. He put a sleeping bag on top and a 100-watt bulb underneath. Late at night he trotted out with hot chocolate, a binky, and some Vicks Vapo-Rub and read to him aloud from The Wind In The Willows. I looked out the window with love in my heart and thought of my mommy. Specifically, how, in the days before plastic wrap, days which we were now revisiting, she was able to bundle up a sandwich in waxed paper with hospital corners.

Mr. Happy glowed in the cold and the dark like the Baby Jeebus in a nativity scene. We don’t know how it’s going to go for him. It’s nothing I’m going to say in his presence, but just in case, I’ve already begun to work on his obituary. I’ll have to send it to the L.A. Times. That’s where all his friends are. 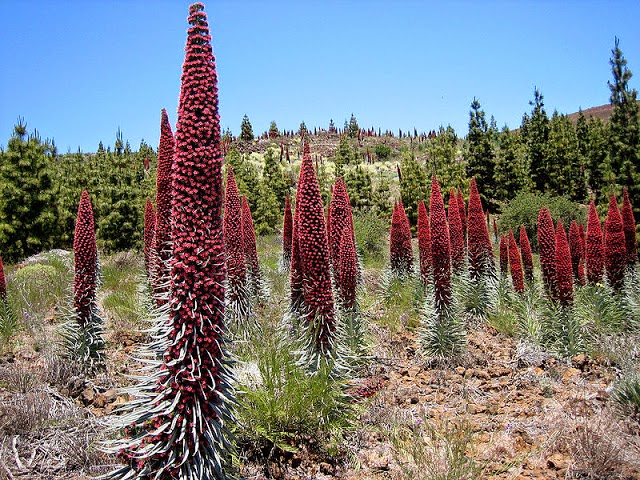