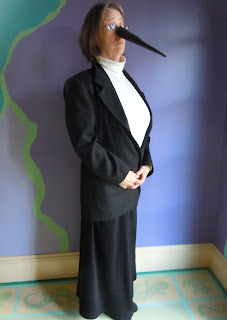 I am proud to know someone from Newfoundland, a region whose existence has only been verified in my lifetime. My friend Sara is a repository of disturbing facts, among which is the revelation that people in her part of the planet eat Murrs. Or not murrs, precisely, but murres, the dashing and athletic sea bird with the dapper black-and-white outfit, shapely rear end and world-class sense of humor. Only they do not call them murres, but “turrs.” It would seem odd to mispronounce a word like “murre” in this way unless you take into account that in Newfoundland, above-freezing is not their native temperature, and initial consonants can be unpredictable.

Besides, my own name only came about because the people I went to college with couldn’t pronounce “Mary,” so we’ve got no room to complain. Its spelling is thus arbitrary, and has been reinterpreted variously as Myrrh, Muir, Murre, Merv, Merle, and Sally. Nevertheless, it’s mine now, and I’m not sure how I feel about being fried up with carrots and potatoes. 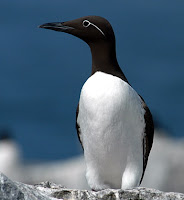 I do know that I’m not likely to partake of one myself. That’s not out of any allegiance to murres, but because Sara says they’re greasy and stringy. There is a bit of a taboo about eating your own kind, though, most places. It’s frowned upon in America, for instance, which is a quite typical attitude in countries marked by obesity. The subject probably never comes up in your more gristly populations. But survey a random sampling of Americans and you’re likely to find they think human meat tastes immoral.

Actually, the flavor is probably not the problem. Human meat is called “long pig” and is reputed to be delightful. There are contradictory texts, however. In the Bible, it is reported that during the famine in Samaria, two women agreed to boil and eat their sons, and the first woman did so, and shared the meat. But the next day the other woman did not pony up; so maybe it was not so palatable after all.

No one really knows how prevalent the long-pig cuisine is, world-wide. There is evidence of it in Neanderthal populations, where a good eyebrow roast could go a long way. In my youth it was depicted fairly often; the typical scene in 1955 A.D. (30 B.P.C.) shows a duo of white men, one of whom is usually Bob Hope, in a large stewpot attended by dark chefs whose accoutrements are made of disassembled skeletons. Nowadays it is rare to medium-rare to see such a depiction.

Some cannibalism was observed during the days of Christopher Columbus, and when Queen Isabella decreed that Spanish colonists were only allowed to enslave natives who were cannibals, their numbers spiked dramatically. 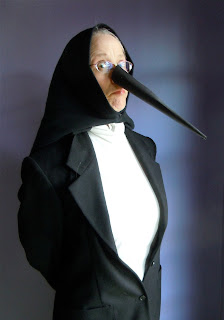 I’m probably not as averse to the practice as most people; at least I’m not willing to reject it out of hand. “How can you even think about eating a human being?” I’ve been asked, and I’m not entirely sure how to answer that, but I do know butter and salt would have to be involved. For all I know, I’ve already had some. When someone does all the cooking for you, you don’t ask a lot of questions. The main reason I’m against it in general is out of self-preservation. I’d be the first to go. Some of my flesh is already falling off the bones. When people seem to be giving me their full attention as I rattle on about this or that, they might well be thinking: “mmm. Juicy. Good cracklins’.”