The dickens of it is that if there were any social medium I was likely to cotton to, it would be Twitter. True, I do like to write in complete sentences, but 140 characters are about all I can manage before I lose track of my idea anyway. Quips and gags that will never accrete into a blog post trickle through my head all day long, and I can tell because they leave little stains on my brainstem. Twitter could be a good spot to unload some.

I don’t even do blogging right, according to the experts. If you want to have a successful blog, meaning one that complete strangers will read without being threatened, you should put content in it once a day. Three times a week is an absolute minimum. Less than that and no one will bother to check in.

I realized right away that there were not going to be three posts a week. Two was my limit. If I put in three, two of them were likely to be half-assed, and I wanted fully-assed posts. My theory was that if I did my best job every time, people would come back and maybe tell their friends. They wouldn’t say “there’s nothing but crap in Murrmurrs, but at least there’s a fresh load of it! Let’s go take a look.” At least, that wouldn’t appeal to me. 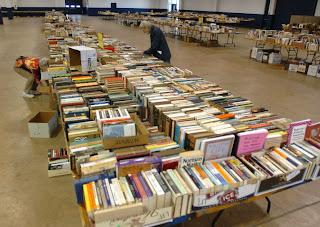 I don’t do Facebook right either. In order to network on Facebook, you should be friending promiscuously and herding the droves to your special page. There is a huge worldwide community of writers who are casting enormous nets to entice other writers, who are trying to sell their own books, to buy their books. “F. Scott Futzwad is friends with Marlene Snarpwit and 2,087 other people,” it says on your home page. Shocked, you go to F. Scott’s wall and find messages from all his new friends. “Thank you for being my friend. Please like my book,” they say. It is not necessary, fortunately, to read their books in order to like them. Liking is just a matter of indicating a lack of hostility that can be accomplished in one keystroke. It’s a nanobyte of good will, is all it is.

And on all of these sites, you’re supposed to engage with your friends, followers, and commenters. There’s supposed to be a lot of back-and-forth. And that makes sense to me. Trouble is, I’ve never been a very avid correspondent. I’m good for a nice solid typed letter once a year at Christmastime and my friends could go decades without hearing from me by phone. I don’t have a cell phone at all and I won’t get one until I’ve perfected the ability to vocally simulate losing a signal in a tunnel. Sometimes I get a plaintive note from a friend who hasn’t heard from me in a while, and I’m genuinely surprised. Why, I smiled hard thinking of her just the other day–couldn’t she feel that?

Right here in Murrmurrs, it would be easier to respond to each comment in turn if I had one of those fancy systems where you can insert yourself into the conversation at any point you want. I tried to jam one of those systems into my blog once, but my template  is old and has questionable digestion, and it ralphed the system right back up along with everything else it had eaten in the last year. The site looked barfy and it still smells a little. The alternative, as many have discovered, is to put in a comment whenever you get around to it and address the previous ten commenters by name, but who has that kind of time?

You do, dipshit. You’re retired. 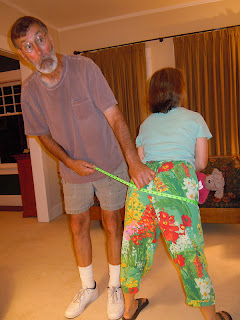 But that’s not true. The people who can respond appropriately to all these people on the internet are those who are not yet retired. They’re working for a living in front of a computer screen, and they have a legitimate company spreadsheet laid out right underneath their Facebook page which they can summon up with one click, at the squeak of a boss’s shoe. I’m retired. There are entire mountains that need tromping on, and they don’t have so much as cell phone coverage. That’s what makes them extra beautiful.

Which means days can go by when I don’t even have the ability to check on my wonderful commenters. I’m a limp networker at best, and I’m sorry for that. But, although it may not be strictly logical, I like to think I’ve satisfied my blogging karma by being willing to be photographed making my ass look as big as it possibly can. “No, no, bend over and really stick it out there,” my neighbor Beth says, holding my camera, and I do it. I do it all for you.