My Beliefs Can Kick Your Beliefs’ Asses 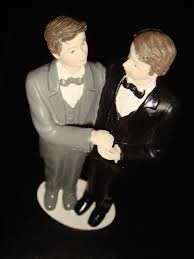 A Colorado baker refused to sell a couple a wedding cake because doing so would violate his religious beliefs. The engine of commerce was chugging along right up to the frosting and sugar roses but as soon as he put the little figure of the two men in tuxedos on the top he felt he would be crossing a line that God had been very clear to him about. Why, you might as well ask him to drive the tour bus to Sodom and Gomorrah.

Elsewhere, the owners of a craft store chain kicked up a fuss over providing insurance to their employees if it meant some of them could get birth control, which violated their religious beliefs. If there was any chance their benefits package might result in a sperm not fulfilling its destiny, they would have no part in it. God had been very clear about his interest in human overpopulation. It would be crossing a line.

It would be like forcing me to sell bed linens to a Klan member, who might decide to make grand wizard duds out of them. Or sell whole cloth to a fundamentalist, who might decide to make divine instructions out of it. All of our precious individual souls are at stake, and we all expect to be indulged and accommodated, even if my blood sacrifice is of your sacred cow.

It would be one thing if everyone agreed on a god to listen to, but it’s pretty clear that there is a whole pantheon of them out there, each with its own bizarre bailiwick–this one in charge of what you get to eat, that one in charge of who you get to kill. You spend enough time paying attention to everything that violates someone’s religious beliefs, you realize you’re in the company of schizophrenics. Everyone’s hearing voices. 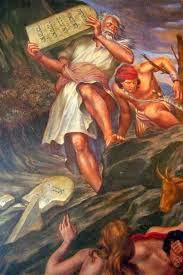 I always wondered if my eyes could roll back in my head so far they snapped off, but I gave them a good whirl the other day, and they don’t. Some woman woke up recently to discover her husband was trying to suffocate her with a bag. Once in custody, he admitted he tried to kill her because he thought she was leaving him, and he didn’t think he could live without her. “And it’s against my religious beliefs to kill myself,” he said.

That’s enough. I have strongly held beliefs too. I believe war is a shitty way to make peace. I believe this planet has been rumpling its covers for billions of years and we should not take earthquakes personally. I believe we’ve managed to squander so many of our limited resources that we are on the verge of making the world fit only for insects and bacteria. If I just went ahead and said God sent me all that on a tablet, could I win a court case?