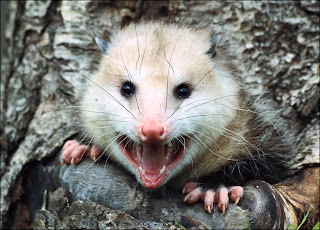 Thank you for visiting mylittlescienceblogspot.blogspot.com. It is my hope that by introducing research from my own backyard, I can help demustify the world of science, making it accessible to the general population; and in so doing, to banish, once and for all, scientific illiteracy, and replace it with a mild form of dyslexia.

Faithful readers may recall how I solved the puzzle of the missing possums around here (the raccoons ate them). You’re welcome. It’s just a simple matter of applying sound scientific principles to the evidence at hand (possums all gone; raccoons very, very fat). I am pleased to now bring you the results of my latest study. 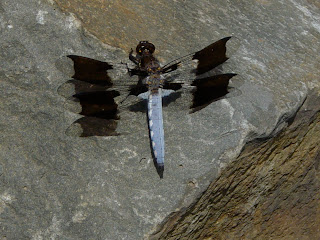 As you may be aware, our local hummingbirds have all but disappeared. There are a few relics around, but the buzzing hordes of last year have gone away. Also gone are the jewel-like little dragonflies, sparkling in iridescent shades of blue and green. In place of both are alarmingly large and, frankly, unattractive dragonflies with feathered heads and military-style wing bars. They are zooming around here like black helicopters. Obviously, the dragonflies ate the hummingbirds.
In addition, it has been noted that the penstemons in the garden did not make it through the winter. These were the hummingbirds’ favorite flowers, and they are no longer of any use, so, lo, they perished from the earth.
This is the simplest and most elegant solution that takes into account all the facts. That’s what makes it science-y. As a science-ist, I must remind you that it is not true that things do not change, or even evolve. They do evolve, if in so doing they are able to become more of service to humans, who, all the data indicate, are the Crown of Creation. Hummingbirds, for instance, have been zipping around here for years like little chicken nuggets, but they’re too hard to catch and fry up. They had to go. What we really needed was some sort of drone aircraft that could drop fury on our mortal enemies, and in another few years, our new dragonflies are going to be right there where we need them. I quote no less a science-ist than St. Paul: “And the shapes of the locusts were like unto horses prepared unto battle; and on their heads were as it were crowns like gold, and their faces were as the faces of men…and the sound of their wings was as the sound of chariots of many horses running to battle…and their power was to hurt men five months.” Locusts? Dragonflies. Five months? Nine years and counting in Afghanistan. Same general idea, and translations are always a little dicey. What doesn’t change is the fact that all of these things came into being in a blast of glory about six thousand years ago. There’s already been a book written about that, so I won’t go into it here. 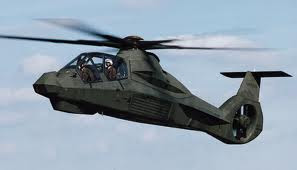 Every scientific hypothesis takes the form of the statement “if this is true, then that will happen”–in other words, it is essentially a prophesy, and I’m all about the prophesies. The book previously referred to is full of them, which is why it is regarded as the premier science textbook for the ages. For instance, I give you: “The chariots shall rage in the streets, they shall justle one against another in the broad ways: they shall seem like torches, they shall run like the lightnings.” And: “…chariots shall be as a whirlwind…Woe unto us! for we are spoiled.” All of which, I submit, has come to pass. Ipso factoido, nanner-nanner, and boo-yah. I’m just saithin’. 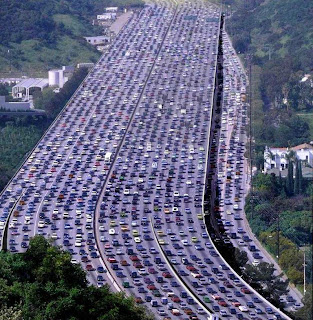 So check back next post when I explain that climate change is a hoax perpetrated on a gullible public by people who don’t want us to have any fun with our chariots. I’ll get into the details later, but for now, ask yourselves: is it a coincidence that all the global-warming talk started at the same time the Baby Boom generation hit menopause? I think not.
By Murr Brewster|2021-11-09T21:26:53-08:00August 18, 2010|Uncategorized|21 Comments