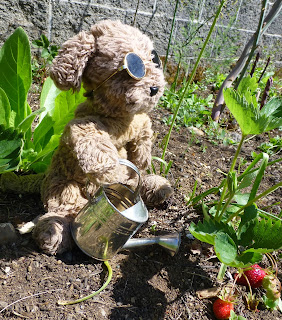 Word on the street was last Saturday was Naked Gardening Day. I didn’t miss it so much as I suspected it wouldn’t miss me. I don’t have a problem with naked. I can get naked at the drop of a hat and a few other things. Whenever I have my Naked In Public dreams, I always feel just fine about it until I get to wherever I’m going and discover that nobody else got the memo. Then it’s kind of embarrassing. This is a progressive neighborhood, but I don’t know if it could provide the critical mass you need if you’re going to feel peachy about naked gardening.

Besides, I don’t want to start having to store sunscreen in a tank. And these days, the only place on me that the sun don’t shine is the acreage just south of where my tits used to be. I could scan a photo of me being both naked in public and twenty-three, and a lot of you would probably like it just fine, but there’d be hell to pay with my dermatologist.

I saw some of the photographs that are being displayed on the Naked Gardening Day websites. That’s a bunch of attractive people right there. They ain’t gardening. Clearly there are furrows to be plowed and seed to be sown, but they’re just dancing in a circle like new-age fairies, tra-la! None of them has more than one or two things on them that are at all dangly. They don’t have to worry about lopping off the bingo wings  or inadvertently pruning a neck wattle. 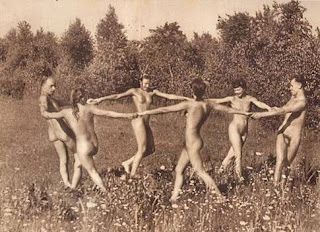 No, there they are, posing with watering cans in a way that never gets anything watered. Gardening is about a lot more than being young and picturesque with a watering can. There are a lot of positions one might routinely get into that the neighbors might consider too much information. Squatting in the asparagus patch has a certain appeal on a personal level, but nobody wants to watch me pull out an obstreperous rootball naked. I don’t even know what’s going to happen. I got a hold of a small, unauthorized holly tree the other day that wouldn’t let go. I chopped it down to a ten-inch stump so as to get better gription on it, got back on my heels, and yanked as hard as I could. What I thought would happen was the tree would suddenly come loose from the soil and I’d go backwards ass over teakettle. Ha ha! Always a crowd favorite. 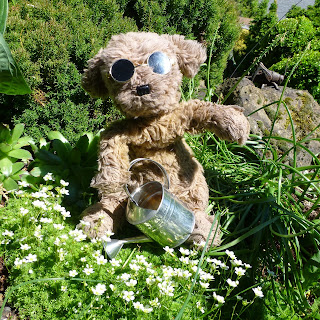 What actually happened was the stump snapped off at the roots and I plunged it into my solar plexus with all the conviction of someone committing hara kiri. It’s the kind of event that’s too embarrassing to bring to the emergency room. I’d rather just bleed out. Throw “naked” in on top of that scene and we have a real situation.

The good news is, the neighbors would probably take up a collection. The bad news is, they’d call it a “hedge fund.”