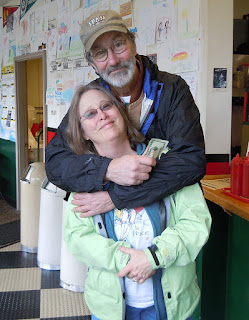 Ten seconds before midnight January 1, 2004, my friend stubbed out his cigarette. “That’s it–that’s my last one,” he said.

Let that be an inspiration to you. If you’re bound and determined to skin a cat, which I don’t endorse even though I could suggest some candidates, recognize that there is more than one way to do it. Too many people take a fundamentalist approach to setting personal goals. They’re operating on a pass/fail system under which they are invariably going to do damage to their self-esteem. Keep an open mind. The surest route to cultivating your self-worth is to lower your standards. 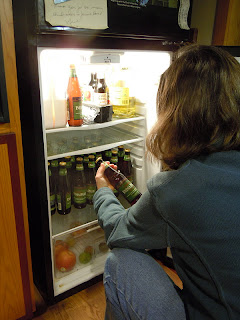 I’ve always had a sensible approach to New Year’s resolutions. I keep them reasonable and reachable so as not to disappoint myself. For instance, in my thirties, when evidence was stacking up that I could stand to drink a little less, I didn’t try to quit drinking. I decided to drink more slowly. And I did, for a while. But it wasn’t manageable. It was taking way too long to drink the amount I had in mind, and I kept falling asleep before I had the job done, so I had to abandon the effort. Similarly, I took up running in the Eighties, achieving greater and greater distances in spite of considerable suffering, but then I noticed that no matter how far I ran I always ended up back where I started, so I introduced efficiency by staying home and sitting quietly. This is not a failure: a supple mind is always willing to reassess. Before you commit yourself to painful self-improvement, ask yourself: can your problem be solved with bigger pants? You’re not going to stop gossiping, but can you train yourself to check the room behind you first? Or say you want to organize your closets. Can the same goal be achieved with accelerant and a match? Simplify. 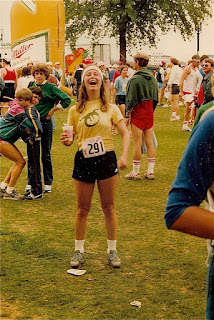 People are motivated by the idea that they can improve themselves. But a lot of us are as good as we’re ever going to get. There is no need to be a better person and astonish your friends, when you can just swap out all your friends for a new, less sensitive set. Or restrict your social life to the blogosphere, where you can interact while sitting around the house in your underwear eating cookie dough with a spoon. Or find somebody who loves you just the way you are, and pay him.

Keep in mind that some things resolve on their own. I’ve lost ten pounds in the last two years.  The food that I used to spoon off my chest now makes it all the way to the floor, and I don’t like to bend over. 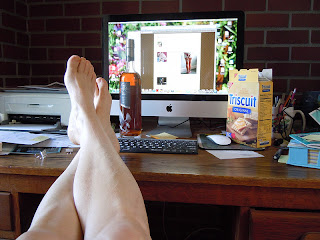 Keep it achievable, and throw in something fun. This year I’d like to learn to nap more thoroughly, practice saying nice things to people who are exercising, and find the Higgs boson. A lot of times you find things when you quit looking for them, and it’s been years since I first started not looking for the Higgs boson, so I have reason for optimism. If it doesn’t pan out right away, I’ll look into buying a brand new Higgs boson, which is bound to make the old one turn up. I’m going to give all these resolutions a go until about May or so and then ease up. The world is coming to an end on December 21, according to the Mayans, and I’d like a little time to wind down. Maybe take up smoking.