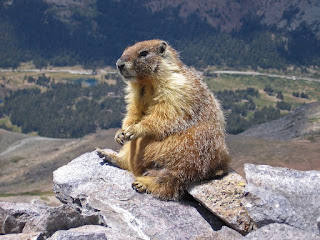 Mongolia is reeling at the tragic death by bubonic plague of a couple who snacked on a marmot kidney. Officials are warning that marmot kidneys are dangerous even if you boil the piss out of them, and pretty much any other part of the marmot is a bad meal plan as well.

Bubonic Plague, a.k.a. the Black Death, was famously responsible for wiping millions of people off the map in the Middle Ages, but this couple was just in their thirties.

This is merely the latest in the tragic and terrible trend of Mongolian marmot mastication. The area experiences an average of one death by marmot per year. It’s the age-old story. God gave us everything we needed in a beautiful garden and in return asked only one thing, one thing, which was not to eat of the kidney of the marmot, but did we listen? Sure enough the couple goes right for the marmot first thing, and whereas in a similar scenario Adam and Eve discovered they were naked, the Mongolian couple discovered they were no longer extant.

It was only five years ago a Kyrgyzstan teenager died of eating barbecued marmot although, in that climate, it could totally have been the potato salad. The victim apparently believed, as many in the countryside do, that the marmot meat would benefit his health, or at least clear up his skin and give him a huge boner. So close! Bubonic plague.

The Kyrgyzstan government has repeatedly warned its citizens about the whole marmot thing, but the message doesn’t get through as readily in a country with a serious vowel shortage. No one is sure where they went wrong in Ulaanbaatar. 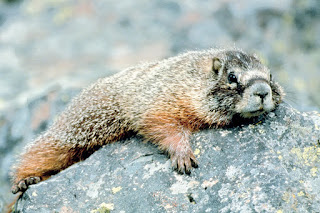 I for one would never consider ingesting a marmot part. I’ve never been issued a proper spirit animal, but for years I’ve thought if I were going to be reincarnated, I would prefer a time slot as a marmot. When I was younger I used to say “river otter” because they’re so dang cute and have so dang much fun, but I hadn’t really thought it through. Eventually I realized there’s a limit to how much fun I like to have, and most of it is not rambunctious, and none of it involves swimming. “But if you were an otter, you would know how to swim,” people tell me, but I don’t know how they can be sure of that. There would have to be some residual aspect of my own spirit in the otter and what if it turns out to be the part that sinks?

So marmot it is: they are fat and fun and hang out in the prettiest places on the planet and they eat a lot and don’t watch their waistlines and they live underground in cozy dens lined with lots and lots of adorable brightly painted cupboards. This has not been validated by science but I know it in my very heart, the same way other people know what heaven looks like even though they’ve never been.

The very same way, in fact.