No Caws For Complaint 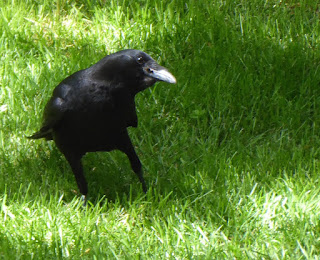 I don’t like to complain, but sometimes I do anyway.

More than one person has sent me a video of a sweet little girl who feeds crows and the crows respond by leaving her little trinkets as a thank-you. She’s got hundreds of baubles and treasures by now. The whole thing is adorable.

All our crows ever leave us is alone. And we’ve been sucking up to them for years. 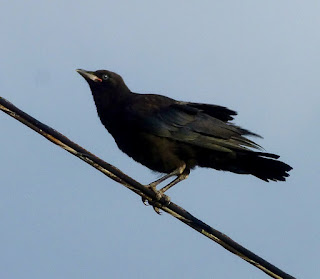 I know at least a half dozen people right here in town that have personal crows. We like crows too. We know how smart they are. We figured they’re so smart they’ll know how much we like them and appreciate all the little ways we try to make their lives more pleasant. We think they’ll start to approach us on their own and ask if we maybe have an extra walnut, and tip their heads to the side and flare their rictal bristles at us as a sort of howdy-do. The relationship will progress, we’ll give them fancy British names like Nelson and Chauncey and Percy, and ultimately they will converse with us in a form of English that is imperfect and yet still easier to understand than Matthew McConaughey. We will all sit around of an evening enjoying walnuts and beer as the sun goes down. We’re grownups and have no need of a bunch of baubles; one or two would be fine.

But none of that has happened. We line up walnuts on the wall and they observe us and take them away just as soon as they’re sure we’re not looking, because they know that would give us too much satisfaction. It makes us feel like pimply seventh-graders who are trying too hard and still don’t get to sit at the popular lunch table. 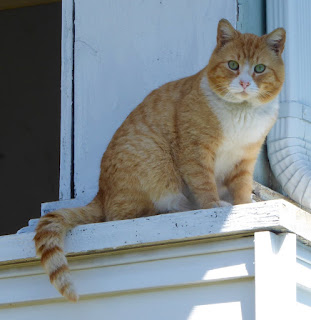 I don’t know where we went wrong. I remember at one point I found their cawing sort of obnoxious and I went out to the yard and cranked my head up to the treetops and yelled HEY! HEY! HEY! HEY! HEY! HEY! HEY! HEY! just so they could get an idea how annoying it was, but that was years ago, and I’m really sorry. But they may have pegged me for an asshole then and there, and passed the information down through the generations. I don’t know. I’ve been real nice since then.

It’s nesting season now and some of our crows have young’uns hopping around on the ground. That is what they have evolved to do: hop around on the ground for a few days before they’re old enough to fly. I’m not sure how they get to the ground without getting all dented up but maybe they get just enough wind resistance from flapping their nubbins to cushion their landing. Their folks keep an eye on them and do their best to rout predators and scalawags, but it’s not a perfect system as long as there are domestic cats around. The crows have been working on their strategy since the Cretaceous but domestic cats have been around here for a few hundred years tops, and this is true even if you’ve had a cat all your life and so did your Grandma–that’s still not forever, sugar pie. Over a third of American households host a cat, and that’s quite the uptick from zero. 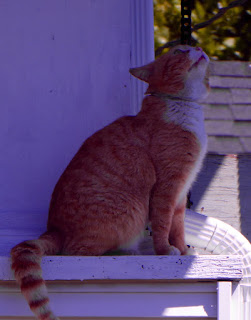 So now we’ve got upwards of, let’s say, fifteen cats per city block and fourteen of those are well-fed, subsidized, vaccinated, healthy, glossy little killing machines that are let out of the house so they don’t get all mopey and also so they can shit in the neighbor’s tomato bed instead of in the icky-poo litter box. Most people who let their cats out to terrorize wildlife are real softies, but their concern extends to only the one species. House cats are obscenely effective at killing wildlife. So I try to make my own garden a sanctuary by discouraging them. It’s effective only inasmuch as all my neighbors’ cats now blast out of the yard whenever they hear me turn the doorknob, but you know? I can’t be turning my doorknob all day long.

Anyway, because it is that time of year, we have noticed that our crows occasionally make a particularly pointed racket, and when that happens, I go out and spot the crows and see exactly what direction they’re racketing at, and then I go running and hollering in that direction and flush out the inevitable cat, and I have been hoping the crows are noticing which side I’m on and will henceforth reward me with their companionship and approval, but they haven’t. So be it. I still wish them the best.

But when they’re in full molt in August and have to slink out of the lunchroom all ratty-tatty, I plan to point and snicker.

Because I am an optimist at heart, I prefer to think of the following twenty seconds as a concert just for us, by our own personal, if recalcitrant, crow: