No Doot About It 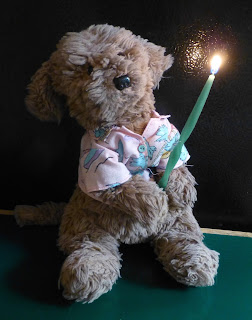 I don’t always notice these milestones, but it came to my attention that this is my 700th post here at Murrmurrs. So it seemed like maybe I should take stock or something. There are a lot of people who were blogging before I came on the scene, but the scene in general has petered out. Fewer people blog, and even fewer pay any attention to those who do.

But I’m still here. I’m here with a reduced number of readers, but I’m pretty sure that those people still dropping by are sincere and pure at heart and have come here of their own free will, and also they’re bored at work.

You’re supposed to have a theme. You’re a quilter, or you’re a Mommy, or you’re an irascible political junkie with grindable axes. Everyone knows what to expect of you. With me, you don’t know exactly what I’m going to write about–you couldn’t, because I don’t–but I do wear some of the same paths smooth. I care a lot about the environment and extinction, and the wholesale destruction of the global systems that had been sustaining us and our fellow planetary passengers for quite a long time. I’m interested in poop. And I seem to be really hard on Republicans, which would be totally unfair and unbalanced, except that they have so got it coming. They are assholes nine ways to Sunday, the whole lot of them. They want their nests feathered with stuff they’ve plucked off of you, and then they want to tell you to get your own damn sweater and oh by the way how many eggs you should raise. 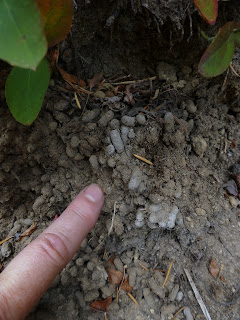 So here’s an example. Found this the other day, at the 5000-foot elevation of one of our local volcanoes. I don’t know if this is poop or not. It looks like poop, but it also looks like some other kind of non-digestive consequence of some little critter’s shovelings or perambulations; or even something that water did to dirt in its spare time. I poke around in doots just to see if any clues pop out, and if they don’t, I slap their picture on the internet like this so someone smarter than I am can tell me what they are. These look to be made of plain dirt.

I mean, I would totally support a Republican, on principle, if I agreed with him, but on every single dag-blasted issue I care deeply about, and all the second- and third-tier ones too, they’ve got everything totally fucking upside-down. The solution to the climate situation is to declare it doesn’t exist until they’re done drilling out all the money. The solution to the obscene concentration of wealth in a few individuals is to make damn sure they’re not taxed. The solution to gun violence is more guns. The solution to unaffordable health care is really unaffordable health care. The solution to abortion is discouraging contraception. The solution to the problem of gay marriage is–wait, what problem? They’re insane. They’ll bang a pulpit one minute and a young boy the next, and gin up five reasons to go to war on the way to prayer breakfast. They’ve got the word of the Lord at one end and the tailpipe of the pirate class at the other, and in between is the vacant space where they allege there might be a tangible soul worthy of protecting. No matter how thoroughly they fuck something, they won’t pull out. The only thing they’d like better than lining their pockets is if they could stash the cash in a wallet made from the scrotum of an endangered tiger. 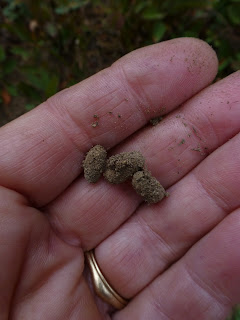 The nicest thing you can say about them is they don’t mean a damn thing they say. Take the Mexican immigrants. They love them. They love the cheap labor, and they don’t plan to do a thing about it. But they’ll sure as hell use them to pry up votes.

Ruined water, ruined air, ruined lives, squandered resources, hypocrisy, and sanctimony. Poke around this kind of shit long enough, you know exactly where it comes from.