No Tits For You! 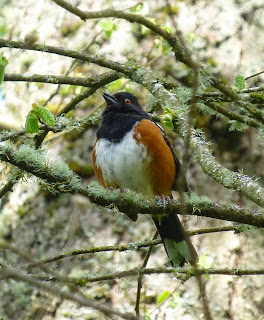 It was Birdathon Day and I was up in time to hear the dawn crack. The team was gathered by the bird van, hard by a woodsy urban park. I had my plan in place. At the stroke of seven, I hollered “SCRUB JAY! HOUSE FINCH! CHICKADEE!” and relaxed. My work here was done. Time to let the experts take over.

The van was something. It was a brand-new rented wonder with only a few miles on it. In retrospect, it looked a little like the vehicle that transports people to the pokey, and the BIRDATHON magnet on the back was just a little soothing ruse, like when you tell the kids that you’re taking Buster Dog to the farm. But all twelve of us jammed into it just fine along with our lunches and binoculars and three spotting scopes. We were going for 100 species, and we were ready to roll.

We knocked off about thirty species in the park; tacked on a few more in a rest area; and had 69 in the bank by 10:30. This was easy! 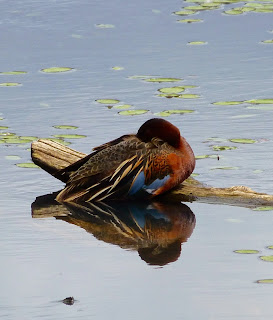 Especially since this year our intrepid leaders Sarah and Max took us down the Willamette Valley, for a change, to sparrow territory, and we never got near the coast. At the coast, birds fly right out of the field guide and onto our checkoff lists in alphabetical order. There would be no seabirds for us today, but there were plenty of ducks and long-legged jobs that make a living poking their faces in the mud, not that I’m judging. We eked out a few more at every stop. Just when we thought we couldn’t get any harrier, we did. But it was getting hot. Stupid hot, for Oregon, for May. By the time it was a hundred and fifty in the shade, all the sensible nesting birds had gone home to make sure their eggs weren’t getting poached. Ha ha! That’s a little bonus double-entendre bird humor for you, there.

Our intrepid leaders are as ethical as they are skilled, and they declined to count my Imaginary Woodcock, my Western Eastern Phoebe, or my Least Sanitary Pigeon, and they similarly failed to ink in the massive emu we all saw glowering behind a fence (“that’s livestock”), which should by itself have counted for ten species plus a hadrosaur. I personally spotted the Lazuli Bunting I was hoping for, which buoyed me greatly, although it’s possible I called it a bluebird, out loud. 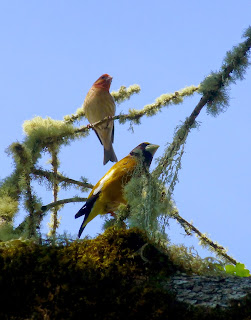 Well, shoot, it’s just an arbitrary number anyway. It’s only an accident of nature that we humans evolved ten fingers before the invention of the table saw. So we want things in groups of ten. Still, although I’d never call us Angry Birders, we hurtled home fired up and ready to bird hard to the end. With one last swing through the urban park in fading daylight, we failed to scrape the missing bushtits and nuthatches out of the trees, but scored an owl, a wren, and the briefest of hawks, and finished the day with 98. That’s close. That’s real close.

And, especially after the can of giant cashews made its fourth trip around the van, we were all starting to round up.

If you want to see the Honor Roll of my sponsors for this year’s Birdathon, click here. And although I made my fundraising goal and then some, it’s not too late to drop some change in the bucket!