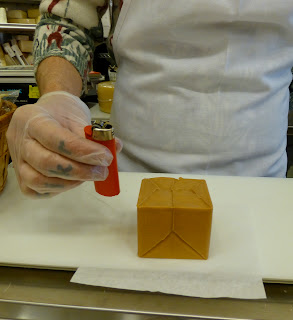 The Norwegian Public Roads Administration is still struggling
weeks after the Great Cheese Tunnel Fire of 2013. A trucker escaped with his
life after abandoning his load of twenty-seven tons of flaming cheese in the
tunnel. No injuries were reported. The PRA administrator, Kjell Bjoern Vinje,
commented that in his fifteen years at the helm, this was the first time cheese
had caught fire on Norwegian roads. They’re still all bound up.

The United Nations took note of the tremendous energy output
concealed inside the tunnel and, initially, demanded that inspectors be allowed
in to determine if Norway’s intentions were peaceful, but backed off when the Mr.
Vinje weighed in. Mr. Vinje, who had his hands full, communicated “bite me” in
such an adorable accent that the Security Council was mollified and withdrew
its request. In much the same way India became a nuclear state.
After a week of intense heat, the cheese seems to have
burned itself out, leaving only a molten lake on either end of the tunnel.
Traffic in the region is expected to be snarled for months, but the cleanup
operation itself is coming along nicely, after platoons of volunteers showed up
armed with flatbread and cardamom crackers.

Brunost is a goat cheese and is considered a delicacy in
Norway. The phrase “is considered a delicacy” is universally applied to things ordinary
people find revolting—things with lots of little legs, for instance, or things
made from testicles, or things cured for months in fermented camel spit. Brunost
is brown, it smells like a biohazard, and my mother loved it, but then again she
was Norwegian. She didn’t have to share it with anybody in the family. The Brunost
occupied a position of honor in the refrigerator with a moat of air all around
it to prevent cross-contamination. Mom cut herself a slice whenever she wanted
a little time by herself. I never tried it, but I remember hating it. At that
age I found mayonnaise a little spicy. The way I figured it, there was no
really good reason to make goat cheese if cows had not gone extinct, which they
hadn’t.

Not too many other animals contribute to the cheese world.
Mozzarella is made of water buffalo milk, and there’s certain commerce with
yaks, sheep, and even pigs, but the rest of the mammal order is largely
untapped. Probably the accessibility and size of the udder is the main
determining factor in using cow and goat milk, but theoretically any mammal can
be used to produce cheese. It is not true that every mammal produces milk. Almost
all the males are terrible at it, although some are fine with the milking
process. 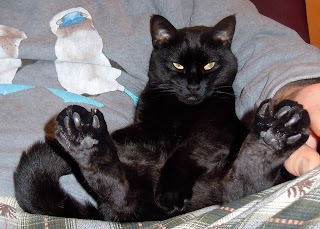 But you can run upwards of twelve dugs on a dog, and that
should count for something. Dog cheese remains a rarity, however. Early
experiments with milking barn cats were risky and unproductive, but did lead directly
to the development of Laughing Cow cheese. Wolverine milk looked promising at
first, but there was no good way of removing the tranquilizer from it. Enterprising
Australians once proposed that marsupials’ pouches might be induced to stand in
for the udder, and milk be harvested with a baster and spatula, but they found
the kangaroo too combative, and the product from smaller marsupials was
unacceptably high in contaminants like wombat fuzz and tiny pink bandicoots.
Mostly, we’re stuck with cows and goats.

Kjell Vinje will be charged with assessing the damage to the
tunnel after the cracker crew has completed its task. He is hopeful that the
toll will be light, and anticipates the bulk of the damage will be at either
end, where the roof of the mouth of the tunnel was badly burned.
By Murr Brewster|2021-11-09T21:04:28-08:00February 13, 2013|Uncategorized|49 Comments