Nobody Likes A Cocky Potty 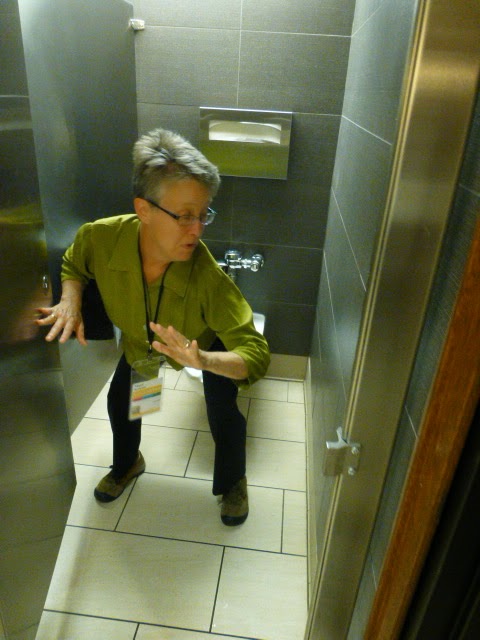 I’m in a toilet stall at the airport, I’ve done all that I could reasonably have hoped to do, and now it won’t flush. There is no handle. I gingerly palpate any protuberance on the fixture that looks promising. I turn around a few times and waggle my fanny in an encouraging manner. I wave my hands over it delicately, then frenetically. I’m Joe Cocker trying to serve tea. I am beginning to get a familiar feeling of stupidity, and the only thing I feel certain of is that there is a hidden camera in here monitored by a luggage-flinger on break, named Leroy.

I resent being sized up by a toilet that pretends to know more than I do about when to flush. I’m not even getting the dubious courtesy of a waiter who wants to know if I’m “still working on that.” I miss the toilet handle. I was in control of the handle. 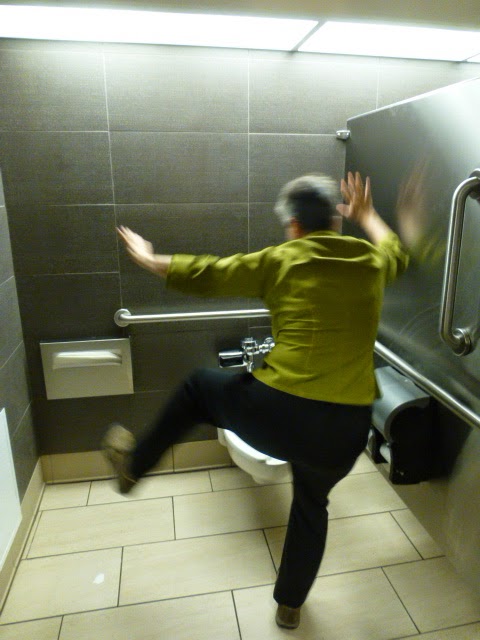 It’s all supposed to make life easier, but there’s a virtue to seeing a little cause-and-effect, to retaining a little sense of intention, to putting one’s hand to a task. Once upon a time people went to the river with a bucket. They fetched water with it. It was easy to understand. The pump handle wasn’t as intuitive, but they got the idea after the first time they used it. Eventually we got water delivered right to the house and you turned a handle to get it. There was a handle for hot and a handle for cold. Around mid-century, a single-handle job showed up with a mixer valve. You wobbled it around on its ball like a joystick, trying to find the sweet spot, and after a few years the handle snapped off. Now, you go into someone’s remodeled kitchen and find a sleek Swedish-looking number where the handle might flop sideways and it takes a little experimentation to find out how to get your desired product to come out, but you’re still in control. 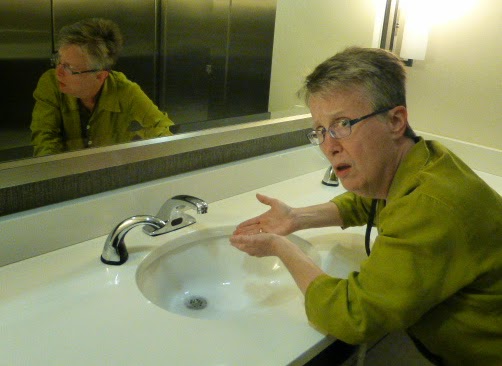 But not in public restrooms, where, often as not, the fixtures are mute and water comes out only when you put your hand under the faucet. Or, more likely, it cogitates for a couple seconds, by which time you’ve pulled your hands back out, and then comes on, and you slam them back under again. Same thing with the soap. The soap dispenser could well be out of soap, but you’re going to wave at it like a conjurer.

If paper towels don’t roll toward you on approach, you pass your hands underneath the dispenser, then up along the sides, as though you’re trying to locate its aura. You look like a damn mime. Leroy is sitting on a box of paper towels in the storeroom and cackling till he hacks up a loogie. 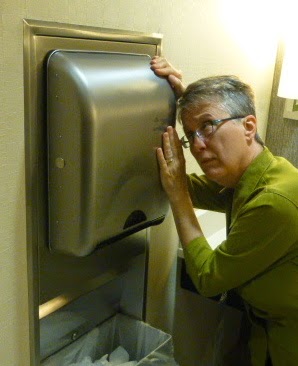 If everything is working properly, it’s just setting you up for a stellar face-plant on a glass door that you thought would open by itself, and doesn’t.

Really, the hell with innovation, sometimes. My sainted mother-in-law was once observed on her knees in front of the oven door, trying to pry out the button on her first Butterball turkey with a fork. “Dang it, I know it’s done,” she muttered, unsure of herself for the first time. This shit makes us cranky, and why shouldn’t it? We old people are already getting stupider on our own, and it’s just piling on when they keep raising the stupid-bar. Meanwhile, kids still damp from the womb are navigating their electronic world with the grace and alacrity of a ball of mercury on a plate. Not that they would understand that metaphor, because their candy-ass parents had them packed in foam and never let them play with mercury. 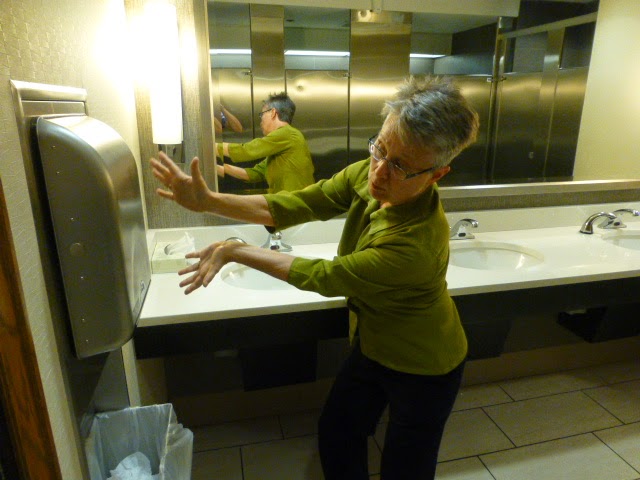 Hell. These are people who can look straight into their refrigerators dead sober and declare themselves “out of water.” And they think the old farts are stupid.

That’s right, foam-butt, we’re talking about you and your fancy technology. Don’t you roll your eyes at us, Miss Priss, or we’ll tear all the buttons off that turkey.