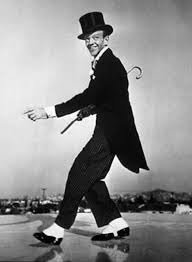 When I’m awake, my brain gets to go on play dates with other people’s brains, has a schedule, and is expected to put its toys away at the end of the day. When I’m asleep, supervision is out the window. Things I might have encountered during the day tumble around in there and problems might be tackled, although not well.

Other times the dreaming brain just rolls around like a raffle ticket spinner and you don’t know what’s going to drop out.

Last night I woke up and had one thing only on my mind. Spats.

Spats. I had questions. Mainly: What the hell?

I like spats because they always make me think of the bottom end of Fred Astaire, and then I work my way up. But I always assumed they were just for fashion. No! Evidently, spats are little raincoats for your shoes. They’re short for spatterdashes, and they keep the water and crud out of the places they could leak in at your shoelaces. They have a little strap underneath the shoe and go on exactly like a raincoat on a dachshund. That’s how they got their start, but later they were worn purely for fashionable effect after the King of England made a public appearance in them. Similarly, dachshunds wearing coats are now mainly a personal fashion statement for the owner, and are unrelated to dry dachshunds. 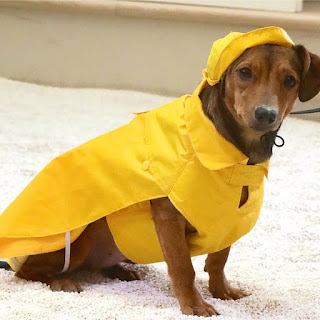 Spats continued to be very popular for formal dress until the 1920s, when the King of England showed up spatless and tanked the industry in one day. Everyone noticed. According to some, the kingdom was littered with discarded spats after that.

In a way, the spat is a bit like a dickey for your feet. The Dickey, of course, was originally known as a “detachable bosom,” and wouldn’t that be handy on those slimy hot summer days, ladies? Men wore dickeys as a false front of their shirts so that they could just clean those instead of the entire shirt. Laundry has always been a pain in the ass and was even more of one in the olden days when you had to soak, soap, boil, rinse, wring out, mangle, dry, starch, and iron, and probably make your own soap. That’s the story, but the story doesn’t really wash either. It leaves out the important tidbits such as that the vital armpit portion of the shirt is now going unwashed, and also didn’t they have people for doing all that cleaning? Specifically, womenfolk.

Today we think of dickeys as those cloth turtleneck types that men can wear to get the full sweater effect without the nipple abrasion, but although the originals were linen, there was a time when they made dickeys out of rigid celluloid (“hard dickeys”). 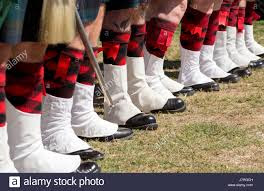 But dickeys did allow clothing to last longer. Now, of course we mostly do not wear dickeys, since the invention of slave labor in the third world has revolutionized the practice of discarding clothing on a whim, and even purchasing clothing that never gets worn in the first place. Spats, however, should be due for a comeback.

Scottish Highlanders do still wear spats, which seems like a great idea. I don’t know if they have hard dickeys. And it had never occurred to me to check if their spats were highly polished patent leather. Until now.