One Way For The Little People To Get Ahead 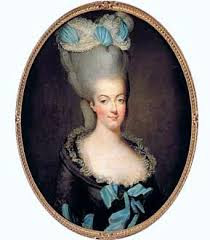 The other day it occurred to me to wonder where Marie Antoinette was buried. “Here and there,” I imagined.  So I looked it up. Turns out it was here and there. First here, then there.

Originally her various segments were gathered up and tossed into a mass grave, but a few decades later someone thought better of it and pulled her out of oblivion and buried her properly, with attribution. Then it occurred to me to wonder what got everyone so ticked off at her in the first place. You do not want to tick off the French people when they’re in a mood. It isn’t all cheese and goose liver over there.

She was born into Austrian royalty, and, like all good celebrities, didn’t bother with a last name. Back in those days entire countries tried to patch things up with each other by marrying off their fancy people, and Marie’s parents had sixteen kids, which should have ensured peace throughout Europe. Marie was pencilled in for marriage to the French dauphin when she was eleven, and four years later she was married by proxy. Standing in for the groom was her brother the Archduke Ferdinand, who had to take time out from plotting how to live long enough to start World War I. The wedded couple met for the first time a few weeks later and then underwent what is referred to as a “ritual bedding,” but it didn’t take, and the marriage was not consummated for another seven years. Apparently it was just a matter of a lack of enthusiasm, and after the intervention of Marie’s oldest brother, who made some suggestions and got the balls rolling, they began to produce a few children. 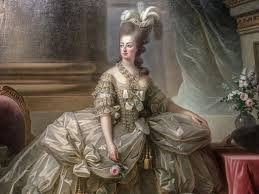 Marie was young and cute and popular with the people but gradually her reputation suffered. She was suspected of having a lover, one or two of whom would have been easy enough to conceal under one of the mile-wide skirts that were all the rage at the time; people will talk. But then when she ushered in a whole new fashion of narrower dress, she caught hell for that, too. When a woman starts to get up in the world and have ideas of her own, the world is going to try to bring her down.

Well, once you get accused of being too elitist, which is pretty much par for the course when you’re royalty, it’s all downhill. She had her own golden palace and she kept her own private server in there, lots of them in fact, and no one would shut up about that. And the newspapers and pamphlets of the day were full of tales and accusations: orgies, murder, incest, and what-have-you, and everybody believed it and spread it around even though it wasn’t true. They just started making shit up, like that famous “let them eat cake” line, which she didn’t even say, but people will believe absolutely anything if it conforms to their preconceived notions. She tried to boost her numbers by commissioning paintings of herself being all maternal with her children but no one was having it. It was all too late.

Also? The Royals and the Catholic Church didn’t pay any taxes. Just the little people, and they started to notice. 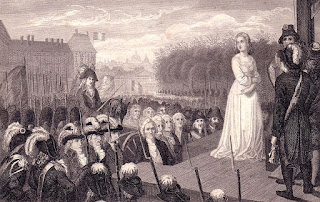 There’s always trouble when some people have all the money and everyone else starts to notice. At least if you’re royalty. It’s pretty clear to everyone that you didn’t do anything to earn all that dough. For some reason, though, these days people don’t always come to the same conclusion about other super wealthy people, even if they clearly have more than anyone can be said to have earned. Even if they started out life with a slab of cash and invested it in baroque financial instruments involving your pension or your neighbor’s mortgage and never chipped a manicured nail, or they drove a company into the ground and sold off the good bits for themselves, for some reason hard-working people will admire them and think they must deserve everything they have.

Maybe if we just required them all to wear ermine and tiaras, we could take that handbasket we’re riding in and collect a few severed heads.