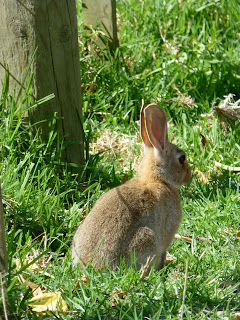 Reminder! I’m reading from Trousering Your Weasel this Friday, 2/8, at 7PM at St. Johns Booksellers in North Portland. I’ll read other stuff too. It’ll be fun. I’d love to meet you.

New Zealand is not in its original condition. The flora and
fauna have been reengineered in the typical clodhopper human fashion. Our
species loves to tinker with things as though we were polishing the good china
with a backhoe. These islands (two full-size, with a set of smaller seed-islands for
backup) sailed out of Gondwanaland fully forested, which offended the early
settlers’ mercantile sensibilities, and they scraped them almost bald.
The land was home to a companionable group of flightless birds that
pecked about in peace. The birds
strolled past each other in grand profusion, with nothing to worry about but
thigh-feather abrasion.

The first humans that arrived found them delicious and
a lot of fun to kill, and promptly wiped out the biggest ones. Then they looked
around and thought the place was a paradise that could only be improved by the
addition of a few bunnies. And while it is possible that a few bunnies might have been an asset, no one will ever know. Not to
be undone by the great rabbit eruption, our heroes hauled in some stoats and things to
polish off the bunnies, and now there are stoats, bunnies, and possums up the
national ass, none of which was conducive to a good paradise, from the point of
view of the ground birds. Even the iconic kiwi is down to about twenty peevish
examples that have elected to come out only at night, not that I blame them,
and I never saw a one. The species-introduction experiments unfortunately
stopped short of grizzlies and pythons, which might have done a good job
curtailing the original source of blight. 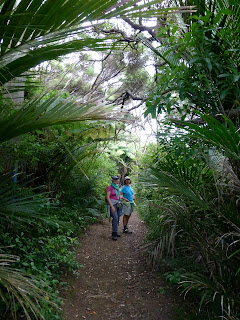 But not, by recent planetary standards, that many of us—not
here. This is a comfortably unpopulated land, with the vast majority of
residents corralled in cities, as people should be, and the remainder strung
out in the countryside with a thousand sheep each available as spacers. The
principal occupations are being nice to people in airports, sheep arrangement,
and trail maintenance. Anywhere a person might rightly want to tramp is all
laid out with boardwalks and graveled pathways and a lavish architecture of
steps and bridges over the damp spots. The whole system is tidied on the hour
by reasonably-compensated pebbleherds who keep the gravel spanked into its proper
borders. To my eyes, the weed-whacking on the sides of the trail was overdone,
until I realized that all the border plants would clap their hands over your
head by noon and consume stragglers by nightfall, if not subject to regular
discipline.
So what we have here is a beautiful set of islands that is
completely walkable, which is my definition of a civilized state. We are
encouraged to travel the whole thing on foot by the splendid trail system and
the fact that automobile fuel is five million dollars a gram, which is exactly
the price God would have put on it if he were as powerful as the oil moguls. 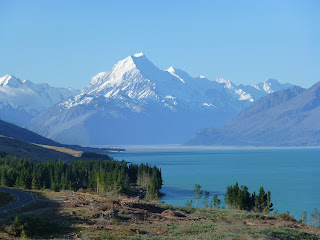 I kid. Most people know a lot more about God than I do, and
many of them believe he is even more powerful than the oil moguls. They’ve only
got that on hearsay, but I suspect they’re right. And if he is, it will all
become much clearer over time. Not that much time, either. Hope we get to wave
at our fellow space travelers before we go.
By Murr Brewster|2021-11-09T21:04:46-08:00February 6, 2013|Uncategorized|47 Comments