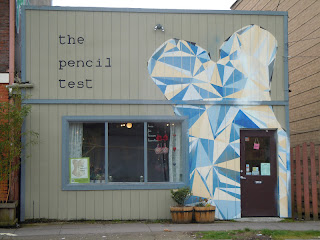 There’s a new boutique down the street called “The Pencil Test.” It’s a bra shop, named after the antique advice that if you can hold a pencil under your breast, you need a bra. The word “need,” here, is in the context of adolescence, which operates under strict social rules, rules that are absorbed by the adolescent quickly and so thoroughly that she can remember them fifty years later even if she is foggy about everything else. This is why I can recall exact uniforms associated with the caste system of Williamsburg Junior High. Outfits from Villager and Ladybug secured with a circle pin put you at the very top, and Lerner’s knockoffs kept you just above the Untouchables. Anyway, the pencil test serves as the last opportunity to get with the program, although there are plenty of opportunities to jump in early via the Training Bra. The training bra is employed at a stage when the only thing that needs holding up is the child’s social standing. It’s there to fend off mockery and introduce her to needless discomfort early, lest her childhood be squandered on joy. A true training bra would be much more useful late in life when the little wheels might help keep things from sliding off the sides.

I don’t think there is a jockstrap pencil test for adolescent boys, and it’s just as well. They’d be dropping that pencil every ten minutes. 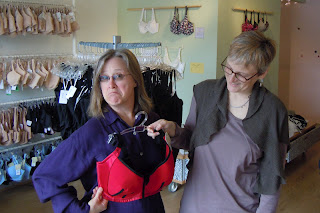 One good thing about the moment you need a bra is that, theoretically, it coincides with the time you no longer need a pencil holder. In truth I never used a pencil holder. That was one of the ten items on the list of school supplies we were required to show up with in first grade. I remember going shopping for them. It was thrilling. I didn’t own much. But now I had pencils, a plastic zip pencil holder, a perfect rectangular gum eraser with the brand name still visible on it, and a composition book with a black-and-white nubbly pattern on the cover. The pencil holder presided over the successful transfer of my pencils to my very own desk in first grade, and that was the extent of its service. Not too many years later, I was growing my own. 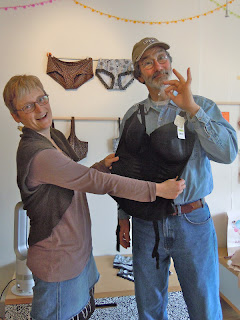 That’s an interesting time. I hadn’t really paid much attention to boobs until they showed up in the adolescent school supply list along with nervous tics and Clearasil. When it comes to boobs you’re at the mercy of genetics, but you’re not clear about that. It’s all a mystery: when are they going to start? And then, when are they going to stop? You check yourself out in the mirror every day to see how the project is coming along. In fact, that was what I was doing the very last time my father opened my bedroom door without knocking, producing a flash of intense embarrassment all around, tinged with–on my side, at least–remorse that Daddy’s little girl was leaving home and there was nothing I could do to stop her. On the plus side, progress was being made. In the absence of actual money, with which I could have bought a Villager outfit, I was finally able to develop some social currency of my own. Before long I was able to transport a boxed set of Prismacolor pencils, 128-count, with no hands, should the need arise.

That’s undeniably handy, but it doesn’t stop there. Many of us have proven to be able to grow entirely new body cavities over the course of our lifetimes, allowing us to cache contraband in our own back folds. I’ll give myself another ten years and I’ll be able to line up all my pencils one by one down my front and roll them all up jelly-roll style, tucking in between a pair of chins. By that time nobody will be looking anyway, and it beats carrying a purse. 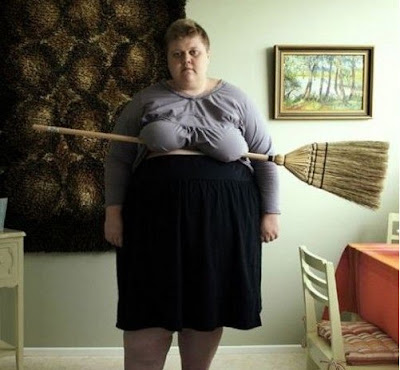