Pikers, One And All 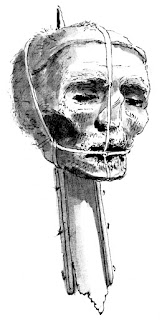 I gotta admit right up front: this impeachment trial is as partisan as they come.

Not because Democrats were gunning for Trump as soon as he took office.  That’s just silly. These are Democrats. They’ve been infighting the whole time. Some of them have been calling for impeachment on grounds of obstruction as outlined in the Mueller report, some have preferred to challenge him with the emoluments clause, some of them have been too busy with the organic kale growers’ lobby to pay attention; Nancy Pelosi herself was reluctant as hell to impeach; and it was only late in the game, when someone finally discovered the horse’s head from Marie Yovanovitch’s bed in a Kyiv dumpster, that the Dems finally said Okay, maybe we’ve got to go for it now.

Partisan? That would apply more to the obstinacy of the locked-in Republicans, every last craven one of them, who have looked on as Adam Schiff put the color glossies of the concrete shoes on the screen, and said, Okay, but those were illegally fished out of foreign territorial waters in defiance of treaty and none of us, Sir, is above the law. Stand down, Sir.

Some are saying Republicans are afraid to go against their party leaders, but it is unclear what they are afraid of. Is it simply a matter of a working policy of putting party over principle and power over truth? Or is something more sinister at work?

The answer might lie in the Republican reaction to one of Schiff’s last statements, in which he quoted a White House source saying any Republican voting against the President would find his or her head on a pike.

Here we’ve had three solid days in which the House impeachment managers have built a brick shithouse of a case against the President and shattered any conceivable defense, and the whole time Republicans have either listened, fidgeted, or absorbed it all by cutaneous gas exchange through the mucus membranes of their skin; and all of a sudden, right at the end there, they are shocked at the very suggestion that they might feel threatened by the nice man in the Oval Office. Offended! Appalled! How dare you quote that news report, Sir!

And there is your clue. Whenever a Republican goes full Brett Kavanaugh on anything, you can bet that whatever they are accused of is one hundred percent true. The madder they get, the higher are the pikes.

So. They really are afraid. It seems odd to imagine that any grown man or woman would forgo a principled stand just because of a tweet threat from the Alliterator in Chief. Loopy Lamar? Lyin’ Lisa? Munchkin Mitt? Sebaceous Susan? Naah. Can’t be.

It’s got to be serious Kompromat. There must be a dossier on every last one of them. Don’t know where someone as upright as the President would find such material, surrounded as he is by only the finest American public servants and not even acquainted with the Russian oligarchy, but it’s there. And it’s got to be not only stuff that would threaten the Senators’ precious power, but stuff they could never recover from. We’re talking abortions obtained or paid for; we’re talking not merely sexual affairs but affairs in which the good Senators are submissively involved with people who trace their lineage to the shithole countries. We’re talking audiotape of them asking for plant-based burgers.