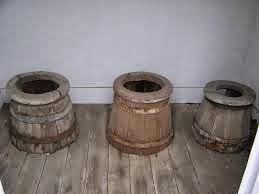 We like to think people were more uptight in the olden days, but know this: folks used to sit down side by side on the biffy and chat over the day’s events, over the day’s effluents. Men and women. Yes, they did. It is the probable origin of the phrase “shooting the breeze.” In contrast, many of us moderns can barely manage a poot in a public restroom equipped with metal stalls. I’m no better. If I sense something splatty coming down the pike, I will totally wait until my neighbor flushes to cut loose. Meanwhile, she’s waiting for me to flush. Everyone’s uncomfortable, and all because we do not want it known that shit happens, at least to us. We’re fooling nobody.

The ruse can get more extreme. Some people catch their own poop in their hands and lower it into the toilet to avoid the plopping sound that will alert others of their tribe to their humanity. Yes, they do. It’s enough to make one rethink the handshake. For people this sensitive, there is a new product out: PooPourri. This simple oily spray, when applied to the toilet water in advance of a turd incursion, will seal all odor inside the water and allow fellow restroom users to imagine that you have merely gone into the stall to eat a sandwich.

If only we shot castoreum out of our butts, a trip to the ladies’ room would be more like meeting up in a bakery. Unfortunately you have to be a beaver to shoot castoreum out of your butt. Only beavers have castor sacs, from which they distribute fragrant calling cards for the benefit of other beavers. Castoreum smells great. Trappers in Ontario are paid $10-40 for a harvested castor sac. Thanks to the internet, anyone can obtain helpful instructions for removing castor sacs from a beaver (“first, you need a beaver”). 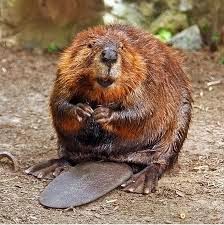 The musky vanilla scent of castoreum has led to its use as a perfume ingredient. A good snootful of beaver is thought to be alluring. Shalimar, for example, contains beaver oogie. There is, without a doubt, some perfume somewhere made of rodent splat and whale barf that you can dab behind your ears. The whale had no further plans for its puke, but it’s not good news for the beaver, who was having a rough enough go just being good hat material. There are humane alternatives to beaver excavation in Africa, where the petrified hyrax poop serves much the same purpose. Inasmuch as the poop has aged for hundreds if not thousands of years, impact on the current hyrax population is low. The hyrax looks something like a guinea pig but is actually closer to an elephant, although to be on the safe side, it should not be too close. Taxonomists note that the hyrax, like the elephant, has toenails, tusks, and a good memory. I am informed that the tiny two-pound elephant cousin is not kosher. But if you want a nice perfume note, you can do worse than chipping out a fossil hyrax turd. 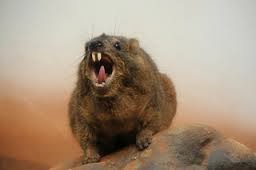 Where people get a little squirmy about this sort of thing is in the use of beaver butt goo as a food additive. No one much blames Scandinavians for using it to flavor their highly alcoholic snaps–it’s going to take something strong to tuck into a platter of lye-soaked codfish. But elsewhere, it will show up as a flavoring in items as common as vanilla ice cream. You will not find “beaver bottom exudant” in the ingredient list: it will be listed as “natural flavoring.” You’re probably best off not thinking about it at all.

For sure you don’t want to know what’s in Rocky Road.

Thanks to readers Max Roth, Bill Webb, and Rosemary Lombard for pelting me with useful blog pellets.