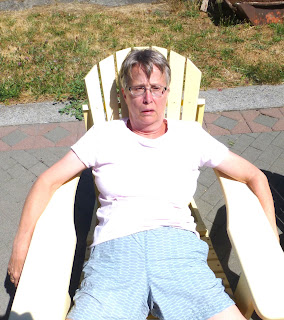 I’ve decided to devote mornings to priming the rental house. It’s been close to a hundred degrees for forty-five days this month alone, and it may not pay to put off painting until it cools down, because it’s possible it will remain this temperature until approximately 100,000 years after the death of Sen. Mitch McConnell (Rep–Kingdom of Coal). But it’s been horribly warm in the mornings too, and that is how I discovered the precise temperature at which primer turns into pudding and slides off the house.

It’s always something, with pudding. You put in all the ingredients and then you stir and stir and stir over low heat and nothing ever seems to be happening and you re-check the recipe and sure enough it does say “over low heat” but you start to lose confidence and you crank up the burner a little and start casting a longing eye toward the drawer with the cornstarch in it, and then all of a sudden, BAM, pudding. In fact, pudding that can stand up and march out of the pan. So it’s all very temperature-dependent. And the primer on the rental house turned into pudding at precisely 10:38am, and when I checked the temperature graph for the day I found out that it was, at that moment, a bazillion degrees. So mark that down.

If I’d waited until afternoon, I could have stuck my paintbrush in the can and pulled out a can-shaped block of primer on a stick. It’s fucking hot, is what I’m saying. Dave, as usual, went for a long walk and when he came back he was brown all the way through and his juices ran clear. I spent some time outside also, and by mid-afternoon I’d started to pull away from the sides of the pan and spring back lightly when pressed in the middle. I was a little flat, but that’s because I don’t have any eggs anymore. I should be presentable with a nice topping of the little crisp, crumbly bits that used to be my garden. So we’re totally ready for company, if they should happen to be cannibals. 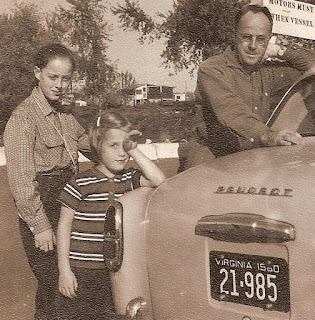 I’ve had some experience with this nonsense. I grew up in what would have been the shadow of Washington, D.C., if it had any shadows in the summertime. We coped. We opened up the house at night and exhausted the air out with a fan and then sealed it up tight in the morning and drew the shades, and usually we could get all the way to early afternoon before having to lie down on the linoleum in front of the little round black oscillating fan, breathing shallowly, waiting to die, and dreaming that some day someone would invent air conditioning.