Populations affected by the recent polar vortex bomb cyclone have been advised to unhunker carefully, as scientists and other liberals are warning of worse to come. As noted elsewhere, the latest arctic blast was particularly widespread, with sleet grenades reported as far south as Texas, and experts caution the public to remain wary of exploding residual land mines loaded with frozen ass shards.

Another big blow is forecast, but nobody is expected to enjoy it. This year’s Nor’easters are predicted to be more than usually violent and may degenerate into widespread rioting and looting. It is recommended that those who must venture outdoors obtain a Sou’wester fitted with a retractable awning and a portable laser weapon system. This may offer limited protection against the anticipated storm of frozen-off testicles, some up to three inches in diameter, which are anticipated to pile up in drifts up to two feet in unsheltered areas; after their initial deposition, these are not expected to be a hazard to the public until the first thaw. 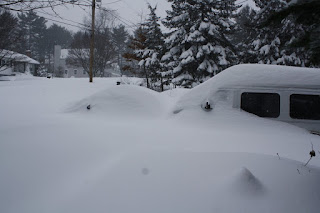 In the West, expect atmospheric rivers to surpass flood stage, although insurance industry estimates of damage to structures, initially predicted to be high, should ease after mudslides of biblical proportions obliterate all evidence of previous habitation.

Elsewhere, expect generalized pestilence and intermittent outbursts of contagion as legacy zombie viruses newly released from melting permafrost begin to migrate down a low pressure trough. Poxy pockets with periods of pus are possible, and storm systems previously ferrying a cargo of locusts from sub-Saharan Africa are now likely to pick up massive mutated futuristic death crickets as well. Shingles is another possibility, although it will be restricted to just one hemisphere at a time.

Not all is lost: there is some hope that snow accumulations in Florida will raise the elevation sufficient to withstand rising sea levels, at least until next summer. Nothing, however, is expected to dislodge the persistent system of climate-change denial which invariably forms an obstinate gyre anywhere money meets greed. 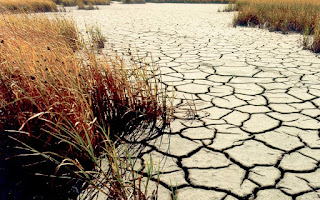 Extreme drought in some areas has become so entrenched, however, that estimates of its duration are now being revised several months back in time, to achieve proper direness. Officials of the Pirates’ Mutual Benefit Association recommend that the remaining molecules of water be captured in small plastic bottles and distributed to those in need at a 10,000% markup. This should supply continued funding to maintain misinformation sites well into the future, although even now the truth has  been unable to withstand the stubborn high pressure area parked over the Petroleum Institute.

Climate scientists peevishly remind us that recent extreme cold weather events do not mean the climate is not warming, but that climate warming should result in localized weather phenomena that will be ever crappier. If you had crappy weather before, you are now looking at a shit blizzard. Doots of doom are headed your way.

Here in the Pacific Northwest, where we have been accustomed to quite moderate weather conditions, we have been warned that the climate should become even more moderate, eventually reaching maximal averageness. In some localized areas such as Portland, a typical resident might be able to get by wearing the same stinky hoodie every day of the year, and don’t think he won’t.