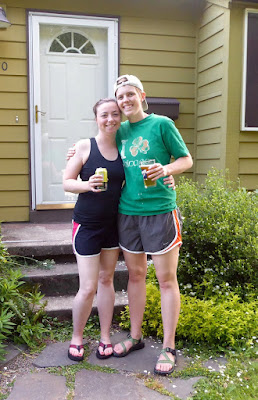 “This place is great!”

“Right? Except I think the chickens are depressed.”

Our neighbors Hannah and Kate just bought their first house and we were taking a tour. We’d seen the pictures of a swell chicken coop in the back. They’d liked that too. They were thinking of having chickens some day. When they got the keys and started to move in, damned if they didn’t already have chickens. Did they know the place was going to come with chickens? Had that been discussed?

Well, no. But there they were, three chickens, plus a note with their names on it.

Hannah consulted it. “The black and white one is Henrietta, the orange one is Ophelia, and Suzie is that funky one over there.”

“What makes you think they’re depressed?”

“Well, they haven’t laid any eggs in a couple days. I mean, think about it. Their people just abandoned them…”–she blinked back a tear–“…and now they have two mommies.” 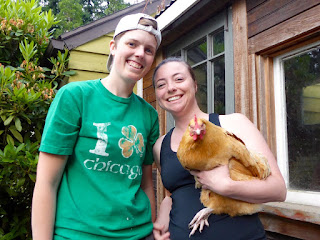 Henrietta did look a little down in the beak.

The real estate game is not what it used to be. When I bought my first house, I didn’t have to pounce on it. I moseyed, more. The first one I’d looked at was on a double lot with an ornamental cherry tree. The flow of the house was odd, but it had a huge kitchen I could imagine cooking in if I learned how to cook, and I loved the garden space.

It was 1978. Nobody was moving. Americans were being held hostage somewhere, you couldn’t gas up your car on the even days, and everyone was hunkered down in their houses with Malaise. It wouldn’t be Morning In America for another few years, when money would start to flow out of everyone’s pensions and into the financial sector where it became pretend money and perked people up for a while before it got siphoned uphill and vanished from the middle class altogether. Meanwhile, a half dozen homes were going begging in Portland for about a buck-fifty each and I had all the time in the world to think about it.

The place with the double lot and the cherry tree was okay but the listing agent had moated it with bark dust, sprayed the whole inside of the house Navajo White, and put down a shag wall-to-wall carpet in deep rust. “That’s the first to go,” I said, right in front of him, and he shrugged bleakly. He was sitting at a card table in the dining room with a little stack of business cards and expected to be there for months. 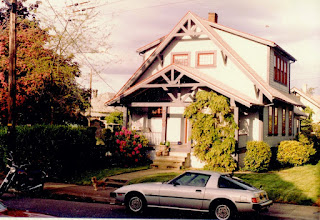 But after a few weeks I said “What the hell, we can change the carpet,” and I bought it, and Dave and I moved in and spilled champagne on the rust carpet first thing, and didn’t replace it for a long time, because it would cut into the beer budget. I picked up a $20 sofa at a garage sale but it was too scratchy to lie down on. Mostly we sat on the floor and tried to not get burglarized. The neighbor kid burned our cherry tree down. The listing agent got murdered in California. I wondered if it was really possible to pay out $368 a month for like thirty YEARS, which was three times more than I’d ever paid for rent, for longer than I’d even been alive.

These days, if your real estate agent is sharp, you can hear about a likely house the day it’s listed, but if it takes you more than twenty minutes to get there, you’ve already lost it to some dude who’s still on the golf course. The phone in his pocket has had a three-way with his agent and lending institution, and automatically fired off a heartfelt essay to the seller along with an order of fresh cookies delivered by drone. Oh, plus he also has an extra hundred thou to chip in. He probably got it from your pension in the ’80s. 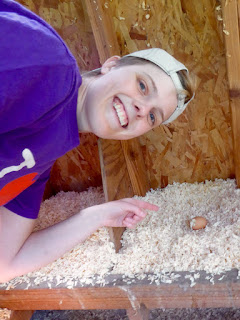 This makes regular buyers jumpy: you know, the kind that tended to their credit ratings and saved up a 20% down payment. Chumps! After they lose the first two houses, they’re bidding on certified ratholes and upping their offers to include an extra year’s salary, season tickets to the opera, and a bank to be knocked over later.

Somehow Hannah and Kate, who are on a string of good luck including getting married (GO FILLMANS!), stayed calm, found a nice place, and didn’t go over their budget. I think the seller agreed to leave the appliances. The chickens were a surprise. They’re fine with it, but I think it’s rude. I’ve never heard of anyone doing something like that without talking about it first. Well, except for our friends Scott and Kevin, who sold their place and left behind two pigs, three alpacas, some significant goatage, and a waddle of ducks for the new owners. But I think they talked about it first.

Pretty sure they talked about it first.

Anyway there was a fresh egg in the coop later that morning. Probably better than what the alpacas dropped off.