Rollin’ Down The River 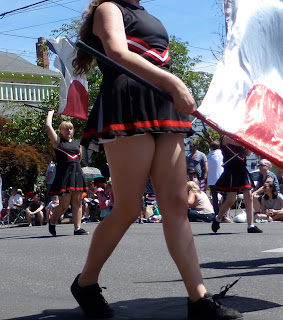 Good news. There’s been a marked drop in obesity in America’s children. That’s what the numbers say–obesity is down by nearly one percent. That may not seem like much, but it’s statistically significant, and it means that the previous trajectory, that seemed to be pointing toward a world where we’d have to put chock blocks around our kids to keep them from rolling away, might be replaced.

I’ve been informed that it is a horrible thing to say our kids are fat, as though it were a criticism rather than an observation, but I still think it’s even more horrible that they are fat. It took decades for most of us to pork ourselves up into a state of immobility, even without the nice early start.When I was a kid we ate cookies and we ate candy and we ate entrees made of tiny marshmallows and Miracle Whip and we ran around the neighborhood energetically annoying people, and in any given school class of thirty, there would be one fat kid. And he or she did not fare well. Perhaps now that over half the class is approaching spherical the stigma has gone away, and that, and that alone, would be a good thing. But it’s still not right. I don’t blame the kids. I only half-heartedly blame their parents. I blame Monsanto, and Richard Nixon. It’s a long story. 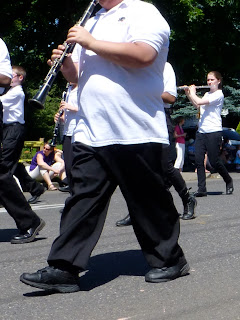 But anyway the curve seems to be curling back the other direction now. There’s still no shortage of kids slumped at the bus stop with their knees caved in and their legs splayed out against buckling, trying to hold themselves up. The boys are swamped in massive shorts and jerseys and the girls are billowing out of little pink outfits that look like spangly tourniquets. But the generation as a whole is less fat. So far there is no single explanation. But I think it is possible that our computer-savvy children have discovered that they can Flush Away Fat. I know it is possible to Flush Away Fat because if you Google it you get, like, a billion hits. And also because Fat Flushing is what they’re blaming the giant fatberg of London on.

This would be a fifteen-ton blergh of fat that was recently discovered to be clogging up the London sewers. People had started to complain that their toilets were no longer flushing with the proper enthusiasm. Heroic sewer worker Gordon Hailwood said that if the fatberg had not been discovered and dealt with, “raw sewage would have started spewing out of manholes across the whole of Kingston.” Which sounds like a typical weekend morning to me. 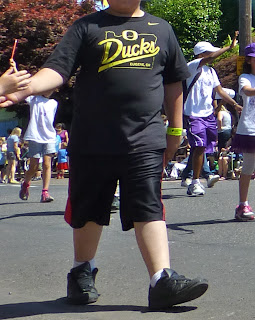 The fatberg was attacked with targeted flushings of statin drugs and a crew of way-underpaid sewer workers with water hammers. The threat of a major embolism to the heart of London was narrowly averted and the fatberg bobbed harmlessly down the Thames to the sea. They could always mount a sail on it and Mayflower it back in our direction, but we’re trying to cut down.