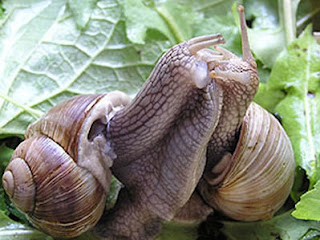 Republicans as a group strike me as having a much better grasp of the Big Picture than their opponents. Not the really big picture–not the one in which all the consequences of their agenda come into view. But within their narrow, profit-centered worldview, their strategic view is wide. Once a threat is detected, say, the possibility that science-driven policy might dismantle the fossil-fuel economy, they band together as one, distribute the script, and read off of it in unison. And that is how meaningful progress toward sustainability is thwarted. The goal was merely to “create doubt” about man-caused climate change, and in that they were wildly successful. Successful to the point that even a thoughtful commenter on this blog was moved to say I don’t know; maybe the truth is somewhere in the middle; maybe we can find something to agree on and go forward; surely things aren’t as urgent as the scientists keep saying it is. That’s all the doubt you need to maintain the status quo, because getting us off this train wreck is going to take a ton of sacrifice and cause a ton of disruption. Of course, the middle-ground solution is a sham. It’s as though flat-earthers are battling the round-earthers, and they get the people to think I don’t know. Maybe it’s shaped like a bowl?


So now a slightly different script has been supplied to the conservative lights, and this one is aimed straight at science in general. Because there is useful science, the kind with the promise of great profit in it, the kind any company like Monsanto or Merck would pay for, and then there is basic science, and basic science is often not in the Republicans’ best interest. That’s why the Bush administration tried to scour it out of the EPA. And, after all, the budget for basic science would buy two or three perfectly good days of war in Afghanistan.

Fortunately for the enemies of basic science, there is plenty of research that lends itself to ridicule, like the snail sex research. Why, they ask, grinning, are the taxpayers asked to pay for snail sex research? (The question is rhetorical. Nobody wants to hear an explanation.) Or why should we pay to find out about duck sex?

But oh, they made a big mistake there. Because they totally need the duck sex research. Evolutionary Biologist Patricia Brennan has discovered that the duck sex act has aspects found in no other animal. The male duck has an amazing, lymph-driven, explosive, spiral-shaped penis. He does not erect it and find someone to put it in. No. He keeps it inside and makes the pertinent contact with a female duck and it detonates. It unfurls inside her in a fraction of a second. It’s ba-da-boom without the ba-da. And because his penis is spiral-shaped, he is truly screwing, or trying to.

But we all know how hard it is to screw something in if the threads are off. And the female duck, as it turns out, has evolved an elaborate vagina designed to thwart any male she is not interested in. She has cul-de-sacs built right in, branches that dead-end, segments that are righty-tighty where  he is lefty-loosey. His penis begins to go off and that’s when the twat thickens. It takes a sudden angle his amazing exploding duck dick cannot negotiate, and in no time his semen is sequestered in a dead-end far away from the egg. The female, if she encounters a male she actually is interested in, can relax the whole contraption to enable the desired mate to be more successful.

In other words, when it comes to over-aggressive drakes, the female has ways of shutting that whole thing down.

This surely bolsters the otherwise risible contention of Todd Akin that conceptions from rape are very rare and, by extension, that women wanting an abortion must have been asking for it, deep down inside.

Mr. Akin was running for office at the time. His position was rigid and he tried to come from behind but it was no use. He, and Richard Mourdock (R-IN), and others propounding their own personal science, were shut down in 2012 in their quests for public office, and polls showed that they were opposed by a tide of women. We don’t know what they’re doing now or where their views are being spewed, but at least it’s probably some dead-end where they can’t do much harm, and not the United States Congress.