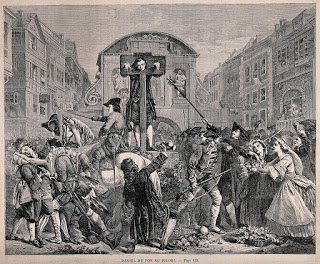 I know I’m supposed to. There are rules. And currently the rule is anyone who does anything creepy to an unwilling woman or girl is off the planet. We are so done with that. Out goes the bathwater: screw the baby. “He was one of my heroes,” people say, “but now he’s dead to me.”

He’s not dead to me. He is brilliant and funny, my two favorite things. This is a man who managed to express my precise opinion on abortion, hilariously. That shouldn’t even be possible. I like him a whole lot and that hasn’t changed. I’m not suggesting other people should feel the same way. You should feel what you feel.

Actually, my transgression is even worse. I didn’t even get mad at Louis C.K. I was just like, aww, dude.

I’ve had my own stories of contending with bad or worse male behavior. But I do not maintain a reservoir of rage that must be kept on boil. I know people who can steam for days over a perceived slight from a store clerk. I’m luckier: there’s nothing that has ever been done to me that I haven’t quickly either forgotten or forgiven. I’m not proud of this, because I didn’t have to work at it. It’s as natural to me as my eye color.

People can’t understand how someone they admire can have this awful dark side. It doesn’t make sense to them. But humans don’t necessarily make sense. Humans are complicated. They’re big bulgy bags of contradictions: they’re full of heart and full of shit both; they’re a cluster bomb of bon-bons and thumbtacks and honey and bullets. There may be no way to reconcile the contradictions, but it is thumpingly obvious they exist. And they’re not rare.

Most of us have things we’re ashamed of, that we won’t tell anybody. It’s the human condition, but it does seem like you’re in for a harder haul of it if you own a penis. Them little buggers is opinionated. And there aren’t too many guys who aren’t going to give those opinions some weight.  “I don’t know,” they’ll say to their penises. “That seems wrong. Still, you make a good point.”

Sheep. Knotholes. The neighbor’s wife. Or daughter. Guaranteed there’s more than one man in this world who is in love with his sofa, and its soft vinyl buttons. Or your sofa. There’s a load of shame out there. Maybe someone will just be a garden-variety adulterer. Maybe he’ll go to his grave knowing he was as good as he could be, but wishing he’d scrubbed his browser history first.

And yes, I know that there is a difference between having urges and acting on them, and between acting on them appropriately and foisting them on others. There’s also a difference in the effect a person might have on others. In identical scenarios, one victim might be scarred for life, and another not even consider herself a victim. There’s a huge range of misbehaviors and reactions to those misbehaviors.

We once had a mayor and governor who arguably did more than any other person to make Portland what it is; he was smart, powerful, a visionary. We were poised to be another sprawling, car-centric metropolis, but instead we are now a tidy, contained bundle of vibrant neighborhoods, and a crucible of creativity. We will always be in this man’s debt. But he groomed a 14-year-old girl for sex, kept it quiet for decades, and was never brought to justice. Now this man cannot even show his face in this town. Doesn’t matter what else he did.

I don’t condone any of this shit. But I don’t write people off readily. Maybe it’s easier to see things in black and white, but I can’t do it. I’m going to draw a distinction between a congressman who sends dick pics and disgraces himself, and a president who boasts of overpowering women he does not even consider fully human. I’m willing to ignore a senator who plays footsie in the bathroom stall to negotiate sex with strangers–unless he has made a point of pushing anti-gay legislation. I understand the malignant role of power when a movie mogul forces himself on starlets; I’m less persuaded that Louis C.K. was in a similar position of power, although that case has been made. Louis C.K. has a personal problem that he made someone else’s problem, but he was his own worst victim: he humiliated himself. By his own hand. As it were.

How can a man as brilliant as he is also be a portly old wanker? Well, he is. And that doesn’t erase the good.