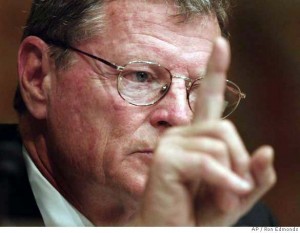 The Tulsa Metro Chamber couldn’t be sorrier that it implied that Senator Jim Inhofe (Rasty Old Fart–OK) was wrong to speak of homosexuality and bestiality in the same sentence, as though he thought the two were equivalent. The Chamber is abject. It won’t happen again. Officials of the Chamber are looking into the source of the gaffe and have it narrowed down to a couple of pansies in the Diversity Committee. Sen. Inhofe is considering their apology.

The Senator is an earmark champion of the first order and a rabid opponent of federal spending, and you don’t find that combination every day. The Tulsa Metro Chamber would like to stay on his good side. Inhofe steered massive amounts of highway funds to Oklahoma so that her citizens could still drive out to Walmart where they can still afford to buy the things they used to be able to afford before Walmart drove down wages and sent all their jobs to China. And in so driving, they are supporting the fossil fuel economy. It’s a beautiful thing. 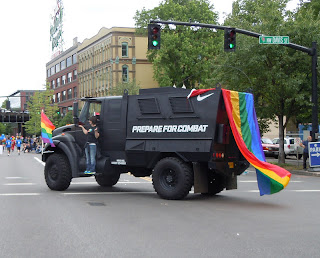 The remark that upset the pansy contingent was the Senator’s contention that the repeal of Don’t Ask, Don’t Tell was not, as some might assume, an endorsement by the military of the practice of bestiality. Just because the queers are now allowed to prance around in their army boots with their weapons dangling from their wrists does not mean that anything goes in cross-species romance. Also, just because everyone has to wear pink camo and call each other Mary doesn’t mean, necessarily, that it’s now okay to beat the crap out of a known fruit even if you catch him ruining your marriage. The Senator would have you know he has been married to the same woman for 51 years now, and the Man-Burro Love Association can kiss his seventy-seven-year-old ass if it has a mind to, he says. In fact, he’d like to see them try. Senator Inhofe himself is righteous. According to his website, the Inhofe clan is free of divorce and sodomy “in recorded history,” although to be sure a lot of that stuff doesn’t get written down.

The pansies in Diversity were of the mistaken impression that even bringing up the possibility of bestiality being legalized in the context of gay rights could be seen as a slander of gay Americans.

But the only reason Senator Inhofe brought up the subject of bestiality, he says, is that it is something his constituents were anxious about. Sen. Inhofe, they clamored, if the rump-wranglers can serve openly in the military, doesn’t it mean it’s okay to tap farm animals? It came up over and over again. And that is the concern the Senator was seeking to address. It is not known whether his answer, that it is still not okay to tap farm animals just because the fudge-packers have taken over the military, was a relief or a disappointment to his constituents. This is not to say that he approves of allowing queers in the armed forces. From a purely military standpoint, he points out, they’re icky. Maybe a squadron of Lesbos would be okay. They’re big and scary and nobody wants them anyway. 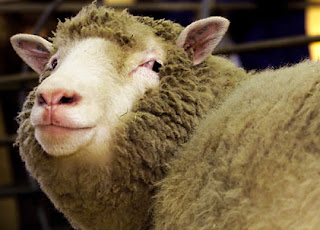 But Senator, even if sheep are off the table, how about a small rodent and a roll of duct tape? How would that be? These are the questions pressed upon the good Senator, and this is why in all good conscience he must address the issue. And so he explains. Drilling the last ounce of cheap energy out of the earth is one thing; drilling guinea pigs another. It’s not the same with guinea pigs. There’s not that much profit in it. There is a tremendous profit in drilling fossil fuels, and that is why there is no such thing as global warming.

Senator Inhofe is the world’s foremost proponent of the idea that all of the climate scientists are collectively pulling our legs. Those that profit mightily from the extraction industries are at best neutral on the question of whether we are engineering our own destruction with our wanton ways. But scientists–those smartypants that Sen. Inhofe knows for a fact made fun of him in high school–they’ve got everything to gain and nothing to lose from pulling off the biggest hoax ever perpetrated on the population. We’ve got another four or so decades of cheap energy left and these clowns are determined to pull the plug fifteen years sooner than we’d have to anyway, because they like to think they’re so smart. And they’re not fooling Sen. Inhofe. Nossuh. He is a man of principle who won’t even employ an educated person on his staff long enough to clean the misspellings off his website. They can just go to hell.

The whole idea that he is equating bestiality and homosexuality is ridiculous. It’s ironic that the diversity crowd would even bring up such a thing. The fact that the Senator would question the legal status of sheep-fuckers in the context of gay rights only proves that he honors diversity–in particular, the rights of straw-Americans. If he chooses to bring up the two items in the same sentence, he’s just being economical. He’s a busy man. The two have nothing to do with each other. 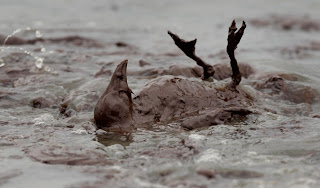 It would be like if I said if you vote for Republicans, it means you endorse the screwing-over of the entire younger generation. The two have nothing to do with each other. I just put them in the same sentence because some folks were concerned.