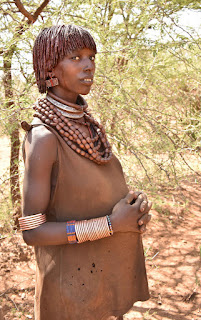 All over the world, and for much of history, women have tried to avoid getting pregnant, and often sought to abort if they did, even at risk of their own lives. In modern times, wherever abortion has been legal, abortions rarely resulted in their deaths. I do not know if making abortion legal results in more abortions. But it’s very clear that legal, available, and affordable birth control results in a lot fewer abortions. It’s not even debatable. Statistics bear that out.

Nevertheless every Republican administration since Ronald Reagan’s has instituted the so-called “global gag rule” withdrawing aid to any organization providing reproductive healthcare that includes abortion, or even alludes to abortion as an option. This has a large impact on the provision of birth control and invariably leads to more abortion. The current Republican administration has gone many steps further and has withdrawn money for all charitable aid services, if the organization that provides them does not denounce abortion. Mortality from malaria, HIV, tuberculosis, and other diseases is expected to spike. That is what it means, now, to be pro-life. 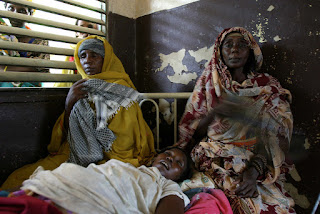 An adviser for the administration’s new policy issued a strange rationale. She said “The Trump Administration, and most of America, doesn’t believe that taxpayer funding ought to go to abortion. And it certainly shouldn’t go to nations that generally are very, very pro-life, which is true all across Africa. The cultural imperialism that exists at the heart of this idea, that they can’t be happy unless they have abortion like we do, is outrageous.”

Cultural imperialism. This is not a phrase she came up with off the top of her head. This is calculated propaganda straight from a think tank.  The idea is to rip a page from the left-wing playbook, mark it up a bit, and toss it back. We lefties hate imperialism. We’re always going on and on about countries forcing themselves on other countries. We’re anti-colonial. We find it deplorable to blast our way into another culture and replace it with our own.

We are so shocked by the audacity of the phrase in this context that we splutter and falter. There are so many things wrong with this that we don’t even know where to start objecting. That’s the point, of course.

We’re stuck with this counterproductive policy because those in power are not especially interested in reducing the number of abortions. They are interested in claiming their place in a holy war, marching into battle with the brightest banners and the loudest trumpets, a battle in which abortion is the greatest of sins but war is a perfectly honorable way to murder people. Many of us liberals are puzzled by the willingness of some self-described Christians to overlook or even reward reprehensible moral behavior in their candidates–let alone their worship of mammon–but we are making the mistake of imagining their doctrine stems from the Gospels, from the Sermon on the Mount. From Jesus. And it doesn’t. It comes from Revelation. And according to Revelation, Christians are headed toward a final, cataclysmic battle for the human soul, and the sides we choose will mean our salvation, or not; so we’ll follow that godly anti-abortionist, anti-gay leader straight to the gates of Hell, and it doesn’t matter how many people we kill along the way, as long as they’re post-fetal. All we need is righteous fervor and enough sacrificial Muslims. 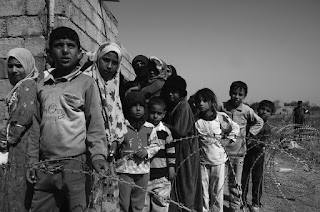 With a few exceptions, the leaders themselves don’t care about these issues. They’re in it for themselves. The President himself almost certainly doesn’t care about abortion–I’d be astonished if he hasn’t paid for more than one himself–but he knows a good lever when he sees one, and many people can be maneuvered into voting for plutocrats as long as they swear allegiance to the right hot issues. Millions of single-issue voters will flock to their side if they claim to be anti-abortion, or pro-gun. But make no mistake, they’re on their own side. They’re fine with war. They’ll make one out of whatever they have at hand. 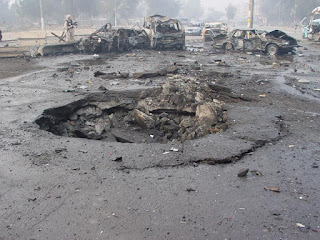 That is why Iraq was selected to be bombed into smithereens after 9/11. Iraq was irrelevant but handy. Over a half million Iraqi citizens perished and those that survived lost their livelihoods as the United States, having manufactured deliberate chaos, privatized industry and opened up the country to piracy by multinational corporations. Billions were made and funneled off to private hands as our conquering armies smoothed the way to installing unfettered capitalism, which was the main goal all along. Quite a caper for a party that disapproves of “cultural imperialism.” Iraqi society predictably disintegrated into factions, many of them now stoutly anti-American. And on and on it goes. Our leaders still profess to be against terrorism, but they’re not. That’s something they can use. Peace is the enemy of profit.