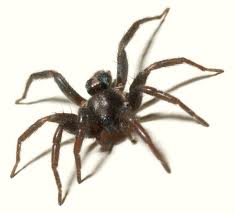 I took a shower at the cabin. It’s a tiny little shower. Not that much room for anything but your feet. You could get four feet in there if their owners are friendly. It’s entirely adequate, but it feels a little too small to share with a spider.

I don’t have a fear of spiders. I know people who do, and they’re really loud. I think spiders are cool, and if there’s one in the house I usually ignore it, or if someone else in the house is struck down by the willies, I’ll escort the spider outside and wish it the best of luck. But even though I don’t have a particular scenario in mind involving a spider and myself in the shower that ends badly for me, I’m a little uncomfortable sharing the space. I probably share the space more often than I’m aware of. I’m really nearsighted and once I take my glasses off I can’t tell if there’s a spider in there with me. Unless it’s one of those big black zippy ones with the thick ankles. I was squinting at a fuzzy dot with suspicion once I got in the shower and then it made a quick zag. I looked at it for a while. If it was planning to zag toward the ceiling, I was planning to let it. But instead it headed down. I lost track of it, because even though my feet aren’t very far away from my eyes, they’re far enough away so I can’t make out the fuzzy dot. The trajectory looked bad, though. I crouched down to keep tabs. And at some point I just decided to 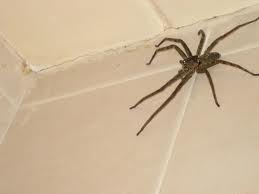 whoosh water at it until it went down the drain. It’s not my first choice, but I don’t beat myself up about it. There are religions where you are supposed to make an effort not to kill anything. I think that’s fine as far as it goes but I already know I kill things inadvertently, tromping on this or that, and if a horsefly lands on my thigh I’m going to smack it straight to heaven, so I just do the best I can and not worry about it. I always tell myself the spider is going to shake itself off and climb back up the drain anyway. I don’t know if that’s true. All of which led me to think about guns, and their owners.

Because there is a thing that makes gun aficionados different from me, and it’s not a thing I understand. I’ve got lots of friends who like guns, and I like those friends just fine. What I don’t get is the passion with which they love guns. There’s something about a gun that gives it power over its owner. And I’m not talking about “gun nuts.” Regular people, people I like, get all possessive over guns, especially if they think that someone might try to take them away. The closest thing I can think of to compare it to is what happens in Middle Earth when someone gets hold of a ring. I have all kinds of possessions, more than I need for sure, and with the exception of Pootie–and I have more custody than possession of him–I don’t have as much passion for any of them as gun owners have for their guns. Guns are preciousss. 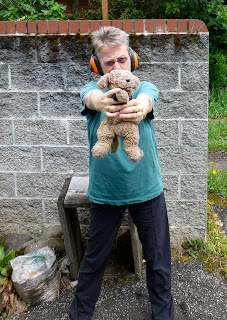 It might sound as if I’m making judgments about gun owners, but I just want to understand the pull. I can only surmise. Having a gun and knowing how to use it must give the owner a feeling of power that I don’t ever feel. I’d have nothing to compare it to. Beyond that, I suspect that gun owners have a much more developed sense of danger than I do. I imagine that most of them have played out scenes in their heads, not involving deer or ducks, in which a gun would come in handy. To the extent I’ve ever imagined such a scene, I’ve imagined ducking out the back door.

I can imagine being in a truly frightening world–a gang-ridden pocket of a city, a war zone–in which I might feel moved to have a gun to protect myself. I don’t feel that way in Portland, Oregon in 2013. It’s not to say that bad guys don’t occasionally turn up and threaten people. But preparing for it, to me, would be like having plans for an underground bunker in case of asteroid strike. I give the threat almost no brain space at all.

I won’t deny I might be deluding myself. Here’s the thing. I could have a showerful of spiders at any time. But I can’t see them. And that works for me. The spiders are out there, and one of them might feel threatened if I accidentally step on it in the shower and be moved to do something about it. But mostly, as long as I don’t know about them, we’ll all get along fine.