Sit Right Back And Hear A Tale

Fossil music was coming right out of our TV. 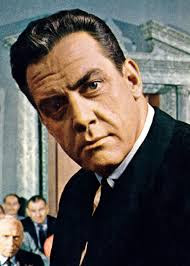 I didn’t even know you could get that sound out of a flat-screen, but sure enough, the dramatic strings and horns of the Perry Mason theme song were charging through the room, and I dropped 55 years just like that.

Perry Mason wasn’t one of the shows I watched. In fact, at age ten, I didn’t have a show. I played outside, and later watched what Mom and Dad watched, which would be Huntley Brinkley and the Dick Van Dyke show. My friend Carol was nuts about Perry Mason, but she was kind of advanced. She used words like “however” in ordinary conversation. But of course I remember the theme song. And that was enough to get my reverie going.

Shows still have theme songs but they’re super snappy and to the point. Everybody has a skillion shows they could pluck out of space at any time and you don’t want to make them wait for anything. Nobody today will sit through the Gilligan’s Island theme song, which didn’t outpeter for about ten minutes, and even with all that, the Professor and Mary Ann were just a footnote. In fact, it says a lot about the nature of time that we did have enough of it to sit through that crappy song. We were marinating in time. We had no fear of missing out: nothing else was happening.

What the theme song did remind me of is how there were certain shows that absolutely everyone watched, and then they’d rehash them all the next day. Ed Sullivan. Batman. Laugh-In. You didn’t want to miss your show. And you certainly would miss it if your fanny wasn’t in front of the TV when it started. You didn’t get another shot at it until the reruns started. That means that you knew all your friends were watching the exact same thing you were, at the exact same time. It was a new, modern, yet remote form of togetherness. It was amazing. Now, unless somebody drops a skyscraper, nobody’s watching the same thing at the same time.

We’ve always been social beasts. But the nature of togetherness changes. My grandparents’ generation did togetherness old-school. Physically. And that was probably because they had to cut hay or slap cattle rumps or polish their horses or something. And if your daughter took off for the hinterlands and someone asked you how she was doing, you had no idea. You’d have to wait until a hand-written letter showed up, so it was dependent on the stamina of someone’s mule. You’d just stare off into the horizon all wistful-like, and shake your head, and go back to wiping something down. It was a little sad, but it didn’t make you crazy like it can now.

Because now you can be together with anyone in the world at any time and there are fifteen different ways of going about it. It’s frantic. It’s diffuse. It’s togetherness in aerosol form. And if your daughter doesn’t answer your text right away, you pretty much have to take it personally or imagine the worst. She’s out there in that spray somewhere. It’s been an hour. Where can she be? Is the mule okay?